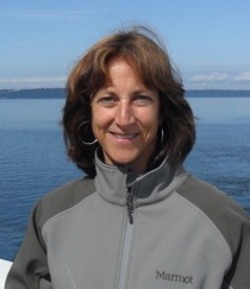 Amy Lynne (Baumgartner) Mally, 55, went to be with her Lord on August 17, 2016 after a five year struggle with Early Onset Alzheimer’s Disease. Amy was born on October 2, 1960 in Cambridge, MD to Philip and Lois (Phillips) Baumgartner. Amy grew up on the Eastern Shore of Maryland in Vienna. She spent many days at the beach in Ocean City with her best childhood friends and family. Amy graduated from North Dorchester High in 1978 where she was a majorette, a member of the student council and the National Honor Society. Amy was athletic, playing both tennis and field hockey. She graduated from Salisbury State University in 1982 with a Bachelor’s degree and began her career as a CPA in 1985.

In 1984 Amy met the love of her life, Tom and they married five years later in Vienna, MD. They decided to move to Colorado, where she fell in love with the mountains. She and Tom would raise two amazing sons, Tucker Lee & Nathan Henry in the Monument, CO area.

Amy loved to run, completing the Pikes Peak Ascent on several occasions. Her love of hiking took her to the Grand Canyon backpacking and on several adventures in the Colorado Mountains. She also loved watching her boys play soccer and spent many weekends on the soccer field sidelines.

Amy was a dedicated wife and mother and her strength of character was matched only by her love and compassion for others, evident by her donations for children to Compassion International. Her love for her family was evident even in her final days. Although she was the one struggling with this devastating disease, she was more concerned about how her passing would affect those closest to her. Amy will be greatly missed and her love and legacy will live forever through all who loved her.

Amy is survived by her husband, Tom of Monument; two sons, Tucker of Palmer Lake and Nathan of Fort Collins; her mother, Lois Baumgartner of Salisbury, MD; her sister, Lisa Budd of Secretary, MD; and her brother, Mark Baumgartner of Hurlock, MD. Amy was preceded in death by her father, Philip Baumgartner.

Services were held at Trinity Lutheran Church in Monument, CO on August 27, 2016.

A memorial service will be held on Saturday, September 10, 2016 at Vienna United Methodist Church beginning 12 noon with Rev. MaryAnn Farnell officiating. Family will receive friends an hour prior to the service.

Saturday September 10, 2016 , 12:00 p.m. at Vienna United Methodist Church Share your thoughts and memories in the guestbook.

To order memorial trees or send flowers to the family in memory of Amy Mally, please visit our flower store.
Send a Sympathy Card