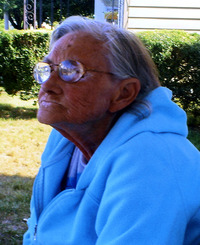 Born on August 22, 1937 in Cambridge, MD she was the daughter of the late Ruth Virginia Mae Hughes-Hill.

Luray was a graduate of Cambridge High School, Class of 1956.

She was known as “Granny” and “Mom Mom” to her family and many children in Cambridge.

Mrs. Jones was a Home League member of the Salvation Army Church.

She was an avid reader and enjoyed cooking and being with her family and friends.

Preceding her in death besides her mother and husband was a daughter Linda Jones; and three brothers Ronald E. Hughes, Donald E. Hughes and John R. Hughes.

Funeral services will be held at Curran-Bromwell Funeral Home, P.A. on Friday, June 13, 2008 at 1:00 p.m., where the family will receive friends one hour prior to the service. Officiating at the service will be Captain Stephen Story. Burial will follow at East New Market Cemetery.


To order memorial trees or send flowers to the family in memory of ANNA JONES, please visit our flower store.
Send a Sympathy Card