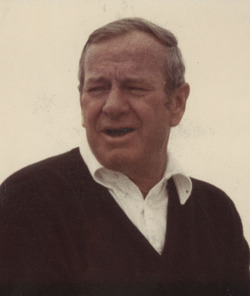 Born on February 18, 1928 in Baltimore, MD, he was the son of the late Arthur Eugene Kohlhepp, Sr. and Hilda Seibold Kohlhepp.

He served his country during World War II in the U.S. Army and was honorably discharged in 1947.

Gene, as he was known, worked with his father at Wm. Deitches & Co. He then went out on his own and founded Colt Cigarette Vending which ultimately sold to Dixie Vending. He retired from Chesapeake Fiberboard.

Gene was an avid outdoors sportsman where he enjoyed hunting duck and geese and fishing on the Eastern Shore. His happiest moments were when he as aboard his boat cruising the Chesapeake Bay and its tributaries.

A 32nd Degree Mason of the Ancient and Accepted Scottish Rite and Master Mason of Concordia Lodge, No. 13 A.F & A.M., of Maryland, Nobles of the Mystic Shrine for North America, Boumi Temple, Baltimore, MD. Gene had been a member of the Baltimore Yacht Club, Baltimore Country Club, Ducks Unlimited and former board member and member of the Cambridge Yacht Club.

To order memorial trees or send flowers to the family in memory of Arthur Kohlhepp, Jr, please visit our flower store.