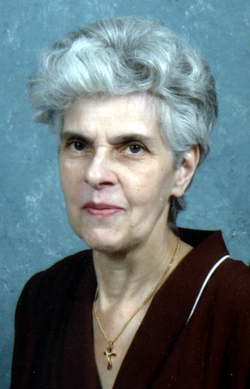 Born on November 29, 1942 in Fishing Creek, MD, she was the daughter of the late Tommy Travers and Ruby L. Travers.

Mrs. Towers had been a prep cook for Horn & Horn Restaurant at the Golden Ring Mall, Rosedale, MD and English’s Family Restaurant in Cambridge, MD. Her latest employment was with Clark Enterprises at the Easton Airport.

Mrs. Towers enjoyed taking care of her home and cooking for family and friends. She was also an avid reader.

Preceding her in death besides her parents was a sister Loretta Wroten and father-in-law George Cooper Towers, Sr.

Funeral services will be held at 1:00 p.m. Friday, January 14th at Curran-Bromwell Funeral Home, P.A., where the family will receive friends one hour prior to the service. Officiating at the service will be The Rev. Fred Bahr, Pastor of St. Paul’s United Methodist Church and The Rev. Larry Wroten, nephew of the deceased. Burial will follow at Dorchester Memorial Park.

Expressions of sympathy may be made by either sending flowers or making memorial offerings in Diane’s memory to St. Paul’s U.M. Church Memorial Fund, 205 Maryland Avenue, Cambridge, MD 21613.

To order memorial trees or send flowers to the family in memory of B. Towers, please visit our flower store.