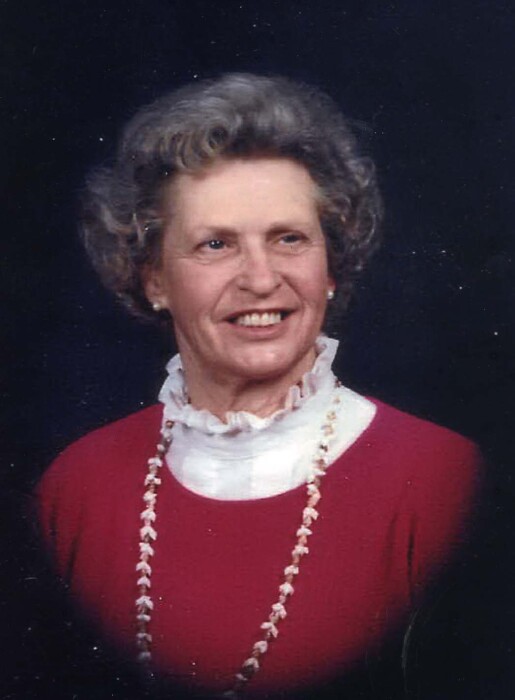 Late Monday evening, 8 June 2020, Barbara Butler Handley Tortello peacefully passed away to join her very large family in Heaven.  Barbara was born 19 Dec 1926, the thirteenth of seventeen children, to parents Wilbert Perry Butler and Huldah Unity Andrew of Tuckahoe Neck, Caroline County, Maryland.  Barbara grew up working on the family farm outside Denton, Maryland.  In high school, she enjoyed performing in plays and captaining the girls’ basketball team.  She graduated from Caroline County High School in 1943 at 16 years of age.

After graduation, Barbara moved to Cambridge to live with her brother “Buddy” Butler.  She soon accepted a position working as a bookkeeper in the office at Dorset Laundry, a role she would hold for many years.  In January 1947, she married William Dorsey Handley, and settled down with him on his family’s farm just outside Cambridge.  She was fond of saying that she moved from one farm to another; the only difference was the livestock:  she grew up raising cows, but spent the rest of her life raising chickens.

Barbara’s greatest joy was her two children:  her son, William D. Handley, born 10 Dec 1947, and daughter, Barbara Jean, born 8 Oct 1952.  She quickly grew accustomed to the daily routine of raising her children and helping her husband run the family’s poultry farm, which had been in her new family since before the Civil War.  Over the years she enjoyed playing cards with friends, serving in numerous roles at Grace United Methodist Church, planning and leading church events, writing poetry, and, most of all, helping to raise her six grandchildren.  Even today you can still see the vestiges of the well-trod path through the yard that brought her grandchildren (and often, their friends and acquaintances) to her always-open door.

After 25 years of marriage, her husband Dorsey passed away in 1972 and she was left to carry on the operation of the family farm alone.  She later married Pete Tortello.  Together, they enjoyed traveling and working together to build a new home; however, in 1982, only a few short years after their marriage, he also passed away.  Barbara’s selfless nature served her well, as she cared for both of her husbands through countless operations and hospital admissions.  We never heard her complain.  If asked how she managed to take care of her husbands and family while overseeing a thriving poultry farm, she would only shrug.  It never occurred to her to view these struggles as a burden.

Through good times and bad times, Barbara persevered in running the family poultry farm until her retirement in 2006 at age 80.  Although she rarely mentioned it or thought of herself this way, Barbara was a trailblazer.  She became an accomplished female small business owner at a time when it was still unusual for a woman to do so.  Her accomplishments were recognized publicly, including in a front page story in the Baltimore Sun, which was accompanied by a picture of her working hard in one of her chicken houses.  She would have had it no other way.

Although she did not look for accolades or recognition, she did take pride in her work.  A favorite memory of hers in later years was from a year or so before her retirement.  Barbara had struck up a friendship with Frank Perdue in the 1960s when, after several attempts, he successfully recruited her to grow chickens for Perdue Farms.  It was a working relationship that would last for the remainder of her career.  On this particular day, Frank traveled to Barbara’s home to thank her in person for her work, loyalty, and dedication to Perdue Farms.  Barbara enjoyed catching up with Frank that day, and proudly showing off her family.  When she retired in 2006, Jim Perdue presented her with a plaque thanking her for her service to the company, and recognizing her more than 35 consecutive years of growing chickens for Perdue.

Barbara was a truly exceptional woman.  She was always there for her family and friends; always willing to lend a hand or dedicate her time and energy to important causes.  She was a wonderful example of hard work, fortitude, and perseverance.  To all who knew her well, she was the embodiment of the “virtuous woman” described in Proverbs 31:10-31.  But above all, she was kind, and she lived a life full of love for her family and friends.  We love her dearly and we will miss her very much.

Barbara is survived by her son, William D. Handley, Jr., and his wife, Mary, both of Cambridge, her daughter, Jean Woolston, and husband Steve, both of Cambridge, grandchildren Chris Handley and wife Claudia of Severn, MD, Brent Handley of Pearland, TX, John Handley of Annapolis, MD, William Woolston and wife Miranda of Washington, DC , Ben Woolston of Berlin, MD, and Sarah Woolston of Washington, DC. Also surviving are great-grandchildren Nicholas Woolston and Alicia Woolston of Washington, DC. Sisters Doris Sharpe of Caroline County, MD and Mary Sewell of Crofton, MD, as well as many nieces and nephews, also survive.

A service for Barbara will be held at Grace United Methodist Church on Friday, 12 June.  A walk-through visitation will be held from 12-1 pm, with a service to follow immediately thereafter with Rev. Daniel T. Gedman officiating.  Social distancing mandates will be respected and followed, including the wearing of face masks.  A private interment will follow at Dorchester Memorial Park. In lieu of flowers, donations may be made to Grace United Methodist Church, in memory of Barbara Tortello, 501 Race St., Cambridge, MD  21613.

To order memorial trees or send flowers to the family in memory of Barbara Tortello, please visit our flower store.