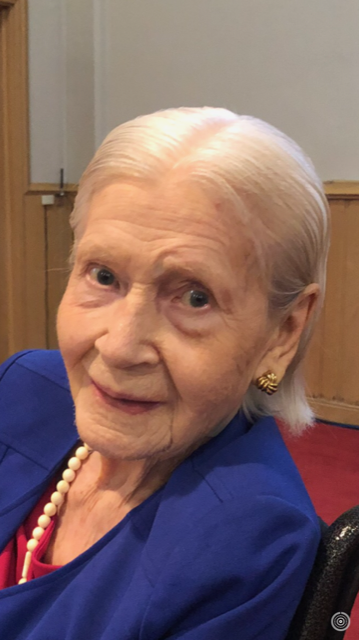 Betty June Deissler, 94, passed away peacefully on January 15, 2020 at her home.  She was born in Cambridge, Maryland on June 13, 1925 and was the daughter of Harry Keese Stoker and Mary Emma Willey Stoker.  Her wish was to die in her home and due to the care of Comfort Keepers and Coastal Hospice, her wishes were achieved.

She got to see pictures of her granddaughter, Waverly Eve, prior to her passing, which was a great comfort to her.  Due to the birth of a granddaughter on January 9, 2020, a celebration of life will be held at a later date to be determined.  She will be interred privately at a graveside service limited to family members.  In lieu of flowers, contributions can be made to Zion United Methodist Church, 612 Locust Street, Cambridge, MD 21613 or Coastal Hospice, P O Box 1733, Salisbury, MD 21802.

To order memorial trees or send flowers to the family in memory of Betty Deissler, please visit our flower store.
Send a Sympathy Card