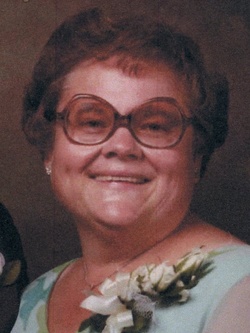 
Betty Jane Phillips Parks, 76, of Fishing Creek, Md., passed away peacefully Wednesday, February 20, 2013 at the William Hill Manor, Easton with her son and family by her side.
Born August 30, 1936, she was the daughter of the late Sylvanus Calvin and Norma North Phillips. After graduating from local schools she continued her education at Towson and received her Master's Degree in Education. She was a well known teacher in the South Dorchester area school system, teaching for over 30 yrs. After retirement she became a Realtor.
On December 22, 1956 she became the bride of George Calvert Parks, Jr. She was active in the operation of George C. Parks, Jr., Inc., their seafood supply business. They enjoyed over 42 years of marriage before George's passing on April 29, 1999.
Mrs. Parks was a member of Maryland's State Teacher's Association and Maryland Realtor's Association.
Betty was a dedicated woman, devoted to her husband and son, to her profession as a teacher, to her community of family and friends and to her church. She had served in many capacities with the Hoopers Memorial U.M. Church and was its Chairman for many years. The Hoopers Island community has lost another beloved member.
Surviving is her son Howard Timothy Parks and his wife Jo of Geneva, Switzerland; grandson Timothy George Parks; brother and sister in laws Calvert Cannon, Paul and Ellen Ruark, Rosa Lewis and Sara Phillips. Also surviving is a very close cousin Margie Ruark.
Preceding her in death besides her parents and husband are sisters Norma Lee Phillips and Agnes Ruark and a brother Russell Phillips.
The family will receive friends Friday evening, February 22, 2013 from 6 till 8 p.m. at Newcomb and Collins Funeral Home, P.A., Cambridge. Funeral services will be held on Saturday, February 23, 2013 beginning 12 p.m. at Hoopers Memorial United Methodist Church, Hoopersville. Officiating at the service will be the Rev. Doug Ridley. Burial will follow at Dorchester Memorial Park, Cambridge.
Serving as Pallbearers will be Timothy Parks, Rusty Phillips, Zachary Phillips, James Parks, Jr., Matthew McCollister and Burl Lewis.
Honorary Pallbearers will be James Parks, Sr., Russell (Sonny) Phillips, Jay Newcomb, Dennis McCollister, Gary Crandel, Donnie Ruark, Glen Ruark and Wayne Ashton.
The family has requested that in lieu of flowers memorial offerings be made to Hoopers Memorial Church Fund, c/o Janet Ruark, 1841 Hoopersville Rd., Fishing Creek, MD 21634.
Online condolences can be sent by visiting www.newcombcollins.com

To order memorial trees or send flowers to the family in memory of Betty Parks, please visit our flower store.