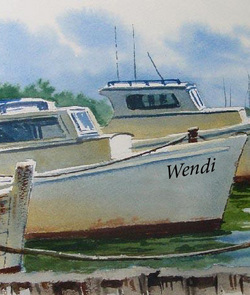 Born on March 6, 1924 in Fishing Creek, MD, he was the son of the late Everett Lee Shockley and Ruby Virginia Creighton Shockley.

Mr. Shockley began his lifetime waterman career at a very young age, a career he learned from his father. He was captain aboard his workboat Wendi.

Mr. Shockley was a model boat builder and carved decoys. He enjoyed searching and collecting Indian artifacts. A good eye for antiques, he was a regular visitor on Saturday nights at Foxwell’s Auctions, Cambridge.

Mr. Shockley was known for his ability to fix anything. He loved his family and enjoyed sitting on his front yard swing being outdoors. He was an avid Dale Ernhardt, Jr. NASCAR fan, Washington Redskins fan and Baltimore Orioles fan.

Preceding him in death besides his parents were two sisters Laura Mae Shockley, Doris Aaron; and a brother Roger Shockley.

A memorial service will be held at 1:00 p.m. on Thursday, July 15th at Hosier Memorial United Methodist Church where the family will receive friends one hour prior to the service. Officiating at the service will be The Rev. Doug Ridley, Pastor. Inurnment will follow in the adjoining church cemetery.

To order memorial trees or send flowers to the family in memory of Carl Shockley, Sr, please visit our flower store.
Send a Sympathy Card