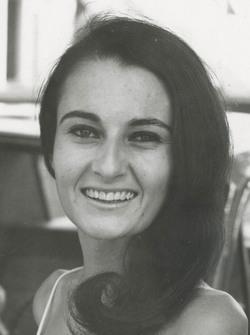 Carolyn J. Murray, age 61, of Cambridge, MD, died January 31, 2010 at Coastal Hospice at the Lake, in Salisbury, MD after a lengthy illness.

Born on August 8, 1948 in Cambridge, MD, she was the daughter of the late Charles W. Todd and Gloria June Dean Todd.

Carolyn was a member of the Class of 1966, Cambridge High School.

She had moved to Minnesota and then to San Antonio, Texas and the returned to Cambridge.

Carolyn had worked at the Stonehouse Bar in Crapo, MD and proudly became the owner in 2002 changing the name to Carolyn’s Stonehouse.

She loved her work and enjoyed her patrons and friends. Carolyn loved people in general, especially her family and friends. She was a very proud aunt to her nieces and nephews, thoroughly willing to spoil them any chance she got where was affectionately known to them as “Ca-Ca”.

A kid at heart, Carolyn was a huge fan of Mickey Mouse and Betty Boop. She liked crossword puzzles and playing solitaire on the computer.

Carolyn had a knack and concerning eye for the restoration of her historic home on Oakley Street which beautifully displays her special flare.

A memorial service will be held at 2:00 p.m. Saturday, February 6th at Salem United Methodist Church with The Rev. Mary Ann Farnell, Pastor officiating. Inurnment will be held privately.

at FLOWERS SHOULD BE DELIVERED TO THE CHURCH ANYTIME AFTER 9:00 A.M. ON SATURDAY MORNING

To order memorial trees or send flowers to the family in memory of Carolyn Murray, please visit our flower store.