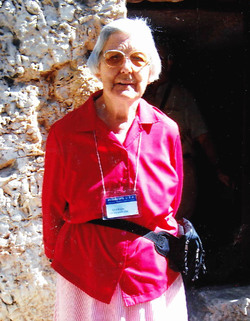 Cecelia was born in Baltimore, Maryland on February 18, 1922. In December 1942 she married her beloved husband Edward. They were separated by WW II and reunited to enjoy over sixty-five years of marriage, during which time they adopted two children, Cecelia and the late Robert C. Gutermuth. Edward passed away in 2007.

In 1972 she, her husband and daughter relocated to Sharptown Maryland. Cecelia remembered fondly and often spoke of her trip to the Holy Land and the wonderful additions to her Christian family. She also served her Lord with a passion for spreading His word and doing volunteer work at Deers Head Hospital and other local facilities.

Also preceding her in death was a grandson Robert Edward Gutermuth.

In lieu of flowers her wishes were that offerings be made to ones church.