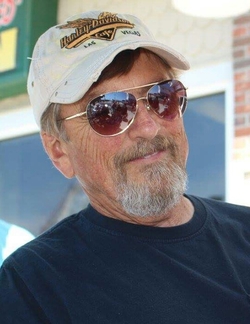 Charles Anthony “Tony” Shockley, 67, of Linkwood, passed away on January 28, 2016 from mesothelioma at home with family and friends by his side.
He was born in Cambridge on June 16, 1948, and was the son of Charles E. and Lillie Mae Shockley. Tony grew up on Hoopers Island and was a graduate of South Dorchester High School.
Tony enlisted in the US Navy in 1968 and proudly served his country for four years. During this time, he served in Vietnam and Korea and was aboard the USS Henderson. He was stationed in Long Beach, CA during active duty.
After returning home to Hoopers Island from his service in the Navy he worked alongside his father at AE Phillips Seafood Company. During this time Tony was a very loyal and active member in the Hoopers Island Volunteer Fire Company and was an EMT with the ambulance corp. He then spent several years as a waterman before establishing his own painting company. For the past 5 years, he worked as a contractor for the US Postal Service.
On May 9, 1992 he married the former Robin Lynn Adkins of Linkwood. Tony enjoyed riding his Harley motorcycle, watching NASCAR, and spending time with his children and grandchildren. His warm personality and endearing smile will be missed by all.
In addition to his wife Robin, he is survived by two daughters Tabitha Simmons and husband Matt of Church Creek and Amanda Hailey and husband Jack of Brownsville, TX and was a loving PopPop to Devin Shockley of Cambridge and Colton and Emma Hailey of Brownsville, TX. He is also survived by his sister Sharon Fitzhugh (Emory) of Woolford; mother-in-law Dorothy Adkins of Linkwood; brothers-in-law Jim Adkins (Mary Anne) of Salisbury, Keith Adkins (Kathy) of Linkwood and Scott Adkins (Wendy) of Hurlock; nieces Erika Walbridge (Jason) and Jennifer Adkins (Bobbi); nephews Scott, Michael, Brock and Dylan Adkins; and two special motorcycle riding buddies Ricky Wingate and Jim Duff.
In addition to his parents, Tony was preceded in death by his grandparents Albert & Clara Johnson and Everett & Ruby Shockley; and his father-in-law George Adkins.
A viewing and visitation with the family will be held Sunday, January 31, 2016 from 5:00 till 8:00 p.m. at Newcomb and Collins Funeral Home, P.A., 308 High Street, Cambridge.
In lieu of flowers, donations in Tony’s honor can be made to Coastal Hospice PO Box 1733 Salisbury, MD 21802.
To share memories and send online condolences visit www.newcombcollins.com

To order memorial trees or send flowers to the family in memory of Charles Shockley, please visit our flower store.