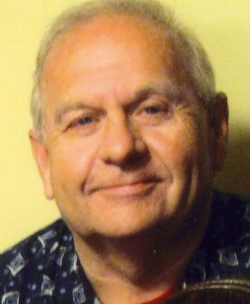 Clarence “Don” Newcomb, 55, of Salisbury, formerly of Cambridge passed away Saturday, August 10, 2013 at PRMC, Salisbury.
Born November 23, 1957, he was a son of Carolyn Keyes Newcomb and the late Donald Newcomb, Jr. Clarence attended the local schools and graduated from Cambridge High School with the Class of 1975.
Clarence was a Customer Service professional his entire life. He had been Manager of 84 Lumber Co., Cambridge for over 5 years. Most recently he was employed with Shorebrite Laundry in Salisbury.
An avid Redskins Fan, Clarence enjoyed all sports especially football. He loved the crimson and gold colors and even painted his bedroom to match his beloved “Skins”. He enjoyed events, music events in particular. Clarence would often attend music concerts for various performers. In his younger days he would travel great distances to see his all time favorite “Grateful Dead”.
Clarence had found love for the second time and just 54 days ago he married his true soul mate, the former Terry Mills of Salisbury. He had found happiness in his personal life.
Surviving besides his wife and mother is a sister Judy Newcomb Paul and husband Thomas Paul, Jr.; a brother Paul Newcomb and wife Patty; a special step-granddaughter Andrianna Smith and a great-granddaughter Julianna Smith.
Preceding him in death besides his father are paternal grandparents Marie and Donald Newcomb, Sr. and maternal grandparents Clarence and Anna Keyes.
A Celebration of Life will be held Saturday, August 17, 2013 beginning 3 p.m. at the Comfort Inn in Cambridge.
In lieu of flowers, memorial donations in memory of Clarence can be made to his wife Terry c/o Newcomb and Collins Funeral Home, P.A., 308 High Street, Cambridge, MD 21613 to help with his medical expenses from PRMC.
Arrangements entrusted to the Newcomb and Collins Funeral Home, P.A., Cambridge.

To order memorial trees or send flowers to the family in memory of Clarence Newcomb, please visit our flower store.
Send a Sympathy Card