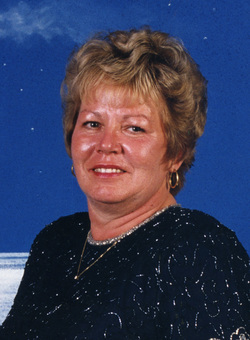 Darlene Joan Willey Kotulich, 69, of Griffith Neck, passed away peacefully after many illnesses Thursday, September 25, 2014 at UMSMC at Dorchester.
Born July 14, 1945 in Cambridge, she was the daughter of Harold Lloyd Willey and the late Lorraine Olive Bradshaw Willey. She attended the local schools and later college to receive her realtor certification.
In 1961 she married Gary Wright, together they had two children. Darlene was employed as a bookkeeper at Eastern Shore Rendering Co. and had owned and operated a local canvas shop.
In 1981 she moved to New Jersey and after a marriage to Tom Kosa she married Joe Kotulich in 1998. There she was employed in Real Estate and with the Township of Pohatcong.
Darlene moved back to the area in 2001. After returning, she worked as a CNA until her health started failing. She loved playing Bingo, had a special fondness for all animals and especially her pets. Her greatest joy was being with her family and friends. Darlene was a member of Bucktown United Methodist Church.
Darlene had spent the last thirteen months in Mallard Bay Care Center. She and her family were so thankful for the wonderful care and love she had received from the staff. Their kindness will never be forgotten. Recently she was able to return home with her loving family until a sudden illness led to her passing.
Surviving besides her father are a son Chuck Wright and wife Bonnie; daughter Betsy Jackson and husband C.J.; brother Dick Willey; granddaughters Katie Wright and companion Mattie Ross, Sierra Smith and husband Nick; grandson Andrew Brooks; step-granddaughter Abby Jackson; great-grandson Donnie Ross; niece Megan Brown and husband Brad; nephew Bryan Willey; uncle Ben Bradshaw; aunt Becky Bradshaw; along with cousins and many friends.
A private graveside service will be held October 5, 2014 at Bucktown United Methodist Church Cemetery. Interment will follow. A memorial service will be held Saturday, October 18, 2014 beginning 2:00 p.m. at Newcomb and Collins Funeral Home, P.A., Cambridge. The family will receive friends the hour prior to the service. Rev. A. Delmer Willey, Jr. will officiate the services.
Serving as pallbearers will be Danny Muffoletto, Sylvester Wright, Wayne Lawson, Matt Wingate, Wayne Stanley and Rich Leavy.
In lieu of flowers memorial donations can be made to Pets on Wheels Delmarva Inc., c/o Linda Aaron, PO Box 3413, Easton MD 21601.
To share memories and to send online condolences please visit www.newcombcollins.com

Saturday October 18, 2014 , 2:00 p.m. at Newcomb and Collins Funeral Home, P.A. Share your thoughts and memories in the guestbook.

To order memorial trees or send flowers to the family in memory of Darlene Kotulich, please visit our flower store.
Send a Sympathy Card