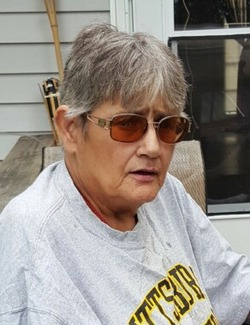 
Diane R. Warner, 65, of Federalsburg passed away early Thursday, April 27, 2017 at Nanticoke Memorial Hospital, Seaford, DE.
Born in York, PA February 18, 1952 she was a daughter of the late Mary and Charles Geesey. After completing her education Diane began her career as a correction officer. She had worked at Jessup Correctional Center before transferring to Dorchester County where she worked for over 11 years before her health required her to retire.
Diane was an outdoors type of woman. She loved all that nature had to offer. When she was fishing she was in her glory but just sitting outside watching the hummingbirds and butterflies brought her great contentment. Always a pet lover, her dog Lucy was very much part of her family. Diane always loved the cartoon Scooby Doo. Even as an adult she would have to watch whenever the show was on.
For over twenty years Diane was a part of a self proclaimed group known as the “Golden Girls”. Her best friend Armida Martin considered each other as “sisters” as well as the other members of the group that consisted of Carol Wiechert, Terri Funk, Janet Kledt, Kathy Proffitt and Nancy Tyler. The group enjoyed many good times together and Diane will be greatly missed by them all.
Surviving is a daughter Virginia Warner of Tennessee; son Danny McCleary; sisters Linda Geesey and Charlene Geesey; grandchildren Ashley Mowbray and Dorothy Mitchell; great-grand child Mason Gullion and her “Golden Girl Sisters”.
At Diane’s request her services will be private.
Arrangements entrusted to Newcomb and Collins Funeral Home, P.A., Cambridge.
To share memories and send online condolences visit www.newcombcollins.com


Services will be private

To order memorial trees or send flowers to the family in memory of Diane Warner, please visit our flower store.