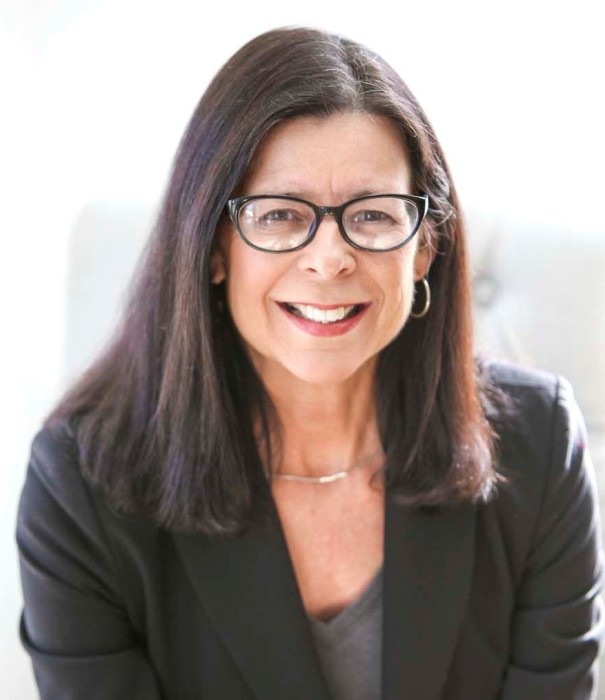 As Covid-19 wreaked havoc across the world, as Americans hunkered down and isolated themselves, as the anxiety level of a troubled nation spiked, I gave my mother's hand a gentle squeeze, and she peacefully passed away in her sleep on April 1, 2020.

Donna Abbott (nee Daffin) was born in Easton, Maryland in 1957 on a hot August day to a couple of salt-of-the-earth people, a carpenter and a hair dresser.

Her earliest memory - or at least the earliest story I’ve heard - was being stung by a bee at the age of four on the porch of her house on Choptank Avenue in Cambridge, Maryland where her grandmother's beauty shop hosted many a gossiper.

She and her best friend in the neighborhood, Yvonne, had a secret code - they would caw at each other from their windows, and roam Cambridge, getting into whatever mischieve they could.

She and her friends spent one night on the choptank river going under the old drawbridge in a boat as many times as they could to irk the bridge tender, who shouted down to them that he knew their parents.

She briefly attended St. Peter and Paul Catholic School (I don't know much about this period, but I do know there were angry nuns with rulers and her and a friend had skipped class on a beautiful spring day to sun themselves on the soccer field), and graduated from Cambridge High School, which is now Cambridge South Dorchester High School, in 1975.

That very same year she was dubbed Ms. Rescue Fire Company Queen and she rode on the back of the Queen Mary Ladder Truck down the cobblestone of High Street with her crown for all of Cambridge to see.

After high school, she was accepted to Towson University and became a mass communication major. Mind you, after her acceptance, there was some sort of paperwork error, and her mother and father were happy to throw in the towel and welcome her back home, but the thought of that was too much to bear, so she put her head down, called the neccesary folks, and was back in Towson later that afternoon. She was the first member of our family to attend college.

In college, she became a master writer and made more friends that she kept for life, like Teri Ascencio Bell. Later, when I attended Towson myself, she would come up and take me to her old haunts. Once, she took me to Jerry's Belvedere on York Road. After a few cocktails, an older Greek gentlemen shuffled out from the back and my mom caught his eye.

"Ohhhh, Donna," he said, "Where's your friends?"
It must have been 20 some years since she had stepped foot in the place.

After college, she moved to the beach and worked as a reporter at the Worcester County Courthouse. She worked with her friend Bruce, dubbed Brucie Wucie, who became another unique character that would remain her dear friend for life.

"Your mom," he remembered during a recent phone call, "she would come with me to every bar up and down Coastal Highway, we'd all pass out on the beach, and then I'd wake up some time in the afternoon, and she would have multiple articles, Pulitzer level, published in the paper that day. I couldn't believe it."

She met my father at a Fager's Island bull roast in the spring of 1981.

I was born two weeks before my due date on Dec. 30, 1981. Brucie Wucie held a conference call with her and her friends, and my grandfather ordered her a lobster dinner in the hospital.  

She raised me up in Ocean City, Berlin and Ocean Pines in the 80s and 90s. She worked the entire time writing for papers, tending bar and later doing media relations for the Ocean Pines Association, Purdue, and finally the town of Ocean City.

I was a little busy being a knucklehead, but I do remember all of those jobs and the life they afforded us. One distinct memory was when she left Purdue and we stopped eating chicken every night.

I was grateful for the variety.

When she became the media relations manager for the Town of Ocean City, it was apparent that she had stumbled onto her dream job. And that job bled into her next job as the Director of Tourism for Ocean City.

That job - sharing the joy of the beach with people from all over the world, tossing taffy from boardwalk trams during all the parades (she had that wave down!), being rescued by Rodney - was her calling in life.

So many of us riccochet through life without finding that perfect fit. She had it. It showed. And the town of Ocean City, Maryland is a better place because of her work.

If being the tourism director was her professional calling, her heart and soul were my kids, her grandchildren - Miles and Hazel Abbott. She loved those two tiny humans - now four and six years-old respectfully - more than anything in the universe. She never backed away from looking after them when my wife and I needed to get away. She was G-Mom. She was the coolest. They both wanted to ride in the double go-kart at Baja Amusements with her because she won every race and whichever kid was unlucky enough to ride with me would cry, because they knew dad always had the slow kart.

She was in attendance a few years back with me and my wife when the Orioles erased a three run deficit against the Tigers in the playoffs off a first-pitch shot by Delmon Young that emptied the bases. Later, on our way out of the stadium, we met and shook hands with Jonathan Ogden and thanked him for winning the Super Bowl back in 2000. It might have been my favorite day with her. We were so happy.

In lieu of flowers, please consider making a donation in her name to the American Cancer Society.

A quick word about cancer.

I often hear people say that so-and-so lost their battle with the disease, or that they fought hard.
In my mom's case, while cancer did finally take over and take her life, she won her battle.

By the time it woke up and did it's job, and it did so with absolute and deadly efficiency, the battle was finished.

She had a wonderful family who loved her, she had a job that gave her tremendous joy. She had more people who loved her than any person I know. She made so many people happy.

By the time cancer came, the game was over. She was burning down the clock. The kegs were kicked. Happiness and love had won. Cancer lost. She kicked its ever-loving ass.

There will eventually be a celebration of life, but I'm not going to let that happen by way of live stream or a remote service.

You can forget that.

Just not right away. Once the pandemic gripping the world ebbs, and it's safe to assemble, we will have ourselves a shindig and celebrate the coolest woman I've ever known.

Donna is survived by myself, my wife Melissa and her two grandchildren, Miles and Hazel of Annapolis (let's be honest, though, we are Ocean City to the bone); as well as her mother Carol Ann Daffin of Cambridge, her ex-husband Mark of Ocean Pines, and countless friends, including Yvonne, who was here yesterday with her on her final day. She is preceded in death by her father Maurice Daffin of Tunis Mills, her grandmother Emma Cannon of East New Market, our wonderful yellow lab Gage of the back of some guy's pickup truck outside of Berlin, and countless other friends and family.

Her favorite song was Blackbird by the Beatles. Her favorite band was Led Zeppelin. Her favorite album was Darkside of the Moon. I will be listening to music all day, and if you want or need comfort like I do, I think you'll find it there, too.

I'll be here, taking these broken wings and learning how to fly, should you need me.

To order memorial trees or send flowers to the family in memory of Donna Abbott, please visit our flower store.
Send a Sympathy Card