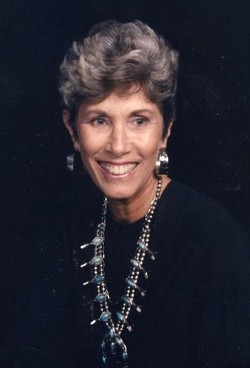 
Donna Dearth Morrison, daughter of Donald Gatchel Dearth and Evelyn Louise Turner Dearth, passed away peacefully after a short illness at home in Cambridge, Maryland, attended by members of her family. She was born on November 20th, 1933 in Santa Ana, California and grew up in San Gabriel and the San Diego area and enjoyed modeling for local magazines, modern dance classes and going to the beach. Donna was a member of the Point Loma High School class of 1951 and graduated from San Diego State College with a Bachelor of Science in 1955. She was active on campus as a member of the women’s service organization, Cetza, as well as rising to be President of the Gamma Delta Chapter of the Chi Omega Sorority. After college she worked as a clinical laboratory technician.
In 1958 she married a young Naval officer, Daniel Neil Morrison II, of Norfolk, VA. The Morrison family moved numerous times, and finally settled in Norfolk in 1972, where Donna began a lifelong pursuit of her interest in art and art history. In 1975 she became a docent at the Chrysler Museum of Norfolk, exploring and sharing her love of art with others for more than 30 years. A passion for travel took her to many destinations, including England, Italy, China, Egypt, and Russia, where she reveled in touring some of the finest art collections and architecture in the world. During the 1980s she established her own business, Arts Tours Inc., to share with others her passion for combining art and travel. She later went on to earn a Master’s degree in art history from Old Dominion University in 1993. With boundless energy, she also served on the boards of many organizations including The Children’s Art Center, the Norfolk Society of Arts, and The Hermitage Foundation Auxiliary, and was active with the Virginia Orchestra League and The Virginia Opera Guild, and a docent for the Hampton Roads Naval Museum.
Donna showed support for the public schools in her community though years of leadership positions at her children’s schools, as a member and President of the PTA, Co-Chair of the Parent Advisory Council, and Chairman on both the Regional Advisory Board and the Advisory Planning Council. She particularly enjoyed teaching art history and appreciation to students at Cox High School over the years. She was also a huge supporter of WHRO Public Television and Radio, and volunteered many hours to fundraising and Telethons. Donna also served on the Board of Directors of the Ghent Neighborhood League, and was an avid supporter of the Stockley Gardens Art Festival and D’Art Center, and an advocate of the arts and art community through membership in numerous other organizations in the Tidewater Area. In more recent years, Donna was Director of the Ghent Venture, volunteer/education coordinator at the Norfolk Botanical Garden Society and an interpreter/docent at the Moses Myers House.
Donna is survived by her children, Catherine Morrison and her partner Robert Moffatt of Cambridge, Maryland and her daughter Analyse, Suzanne Elliot and her husband Bob of Newport News and their children Alexandra, Joshua and his wife Jessica, and Bobby, and Todd Morrison of Virginia Beach and his son Chase, and her sister Nancy Marty of San Diego and her son Francisco P Chico Marty. She was predeceased by her former husband, Daniel Neil Morrison II and her son Michael Dearth Morrison. The family wishes to express their appreciation to Mrs. Stacy Goode for her deep and steadfast friendship of so many years.
A graveside memorial and burial is scheduled for 2 o’clock on Tuesday afternoon, May 15, 2018 at the Morrison Family plot of Forest Lawn Cemetery in Norfolk, Virginia. Condolences may be sent to 207 High Street, Cambridge, Maryland 21613.
Local arrangements entrusted to Newcomb and Collins Funeral Home, P.A., Cambridge, Maryland.

To order memorial trees or send flowers to the family in memory of Donna Morrison, please visit our flower store.
Send a Sympathy Card