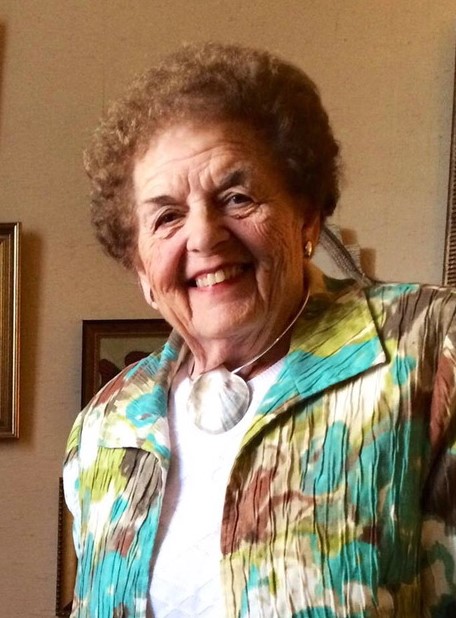 Doris Keene Lewis of Golden Hill passed away peacefully on Tuesday, November 3, 2020. Mrs. Lewis was the spouse of the late Reginald D. Lewis; she served since 1974 up until her death as the Register of Wills for Dorchester County and holds the distinction of being the longest serving Register in the State of Maryland.

It was at Crapo School where she met her future husband, Reginald (Reg) Lewis; they married on May 5, 1961.

During her youth she worked alongside her mother picking tomatoes and in the tomato canning house owned by Baker Robbins.  Following her graduation from business school Doris returned to Cambridge taking a job with Maryland National Bank (now the site of the Richardson Maritime Museum). She later took a brief job with attorney Harold Ting.  Soon she transitioned to the law office of William D. Gould where she worked for 17 years before taking the nudge from Mr Gould to seek the elected position of Register of Wills.

Doris was successful in her first bid for elected office in 1974. She was re-elected to the office of Register of Wills every four years since that time giving her the distinction of being the longest serving Register of Wills in the State of Maryland.

Throughout her life she attended St. John’s United Methodist Church, in Golden Hill.  She served in various capacities on church committees and as bible school director. At the time of her passing she was president of the church’s board of trustees and treasurer of the church’s memorial building fund.

She and Reg were members of Coast Guard Auxiliary Flotilla 4-8 for which he performed boat inspections, safety patrols and enjoyed the company of their boating friends.  She was a founding member of the South Dorchester Folk Museum serving as a trustee and as their treasurer. Doris was a founding member of the Dorchester Democrat Club serving in various capacities. Each year she assisted with the annual fishing tournament which is sponsored by the South Dorchester Community Foundation.

Doris was known throughout the county as an avid supporter of all local fire company, church and civic events. As a family they attended festivals and dinner; she was often recognized as “the one who doesn’t just show up at election time.”

She adored her family and was fiercely devoted to all whom she loved.  One of  her greatest joys was being a grandmother and great grandmother; after her grandchildren were born she became known as “Mommom” to many of her friends.

Throughout their marriage and Helen’s childhood, they enjoyed antiquing and attending auction sales as a family. One of their fondest family experiences was when she, her father (Elsey), Reg and Helen packed up the car and worked their way up the east coast and into Canada on an antiquing trip. Doris and Reg loved spending time with their grandchildren and often took them on day trips as well as other short vacations.  She and Reg has fond memories of visiting Helen while she lived in Germany; they took that opportunity to tour several surrounding countries.

Also surviving are her sisters in law, Dorothy Shortall of Trappe, MD, Sherry Lewis of Elkton, MD, Carolyn Harvel of Commerce, GA, Sharon Prahl (Richard) of Cambridge, MD and Doris Meekins (Bruce) of Wingate, MD, Samantha Salisbury, her former granddaughter in law and mother of two of her great-grandchildren, numerous nieces and nephews and their spouses, great nieces and nephews, devoted cousins and many dear friends.  Her staff members became dear friends who were like family: retired staff members Betty Lou Reid Pridgen and Donna Hooper (Alton) and she leaves her office in the capable hands of Terry Dayton Wheatley, Chief Deputy and Roxanne Brohawn Snelling, Deputy. As well, she leaves behind her black lab “Eassie”, a loyal and devoted companion.

In keeping with her stoic nature, she chose to face a lengthy battle with cancer in private sharing the confidence with only her daughter. Since 2014 she received excellent care from Dr. Mary DeShields and her staff, Dr. V and the Palliative Care Unit at Easton Memorial Hospital and finally at Talbot Hospice. Helen will forever be grateful for the excellent care and compassion from the qualified people who cared for her mother.

A memorial service will be held on Saturday, November 14, 2020 beginning 1:00 p.m. at the front entrance of the Dorchester County Courthouse, Cambridge, MD.  Pastor Dan Gustafson will officiate.  Interment will follow at the family plot at Old Trinity Church.

It was Doris’ wish that in lieu of flowers, memorial contributions be sent to St John’s, her lifelong church for the memorial building fund:

To order memorial trees or send flowers to the family in memory of Doris Lewis, please visit our flower store.
Send a Sympathy Card