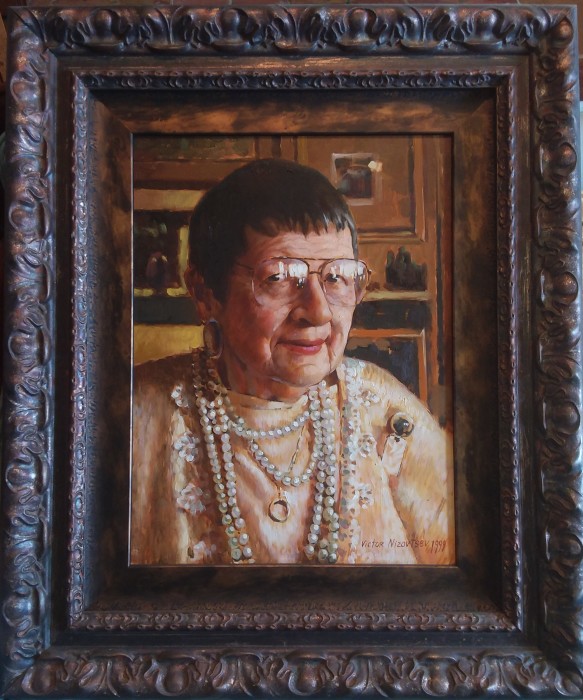 Dorothy F. Newland, 97, of the Neck District passed away peacefully at her home on Friday morning, October 12, 2018.

Born in Huntingdon, Pennsylvania she was a daughter of the late Myra Evans and George A. Fisher.

Spent most of her youth in Milledgeville, Georgia where her father was Superintendent of Industries of the State. She attended Georgia State College for Women and the Georgia State Teachers College. She met her future husband while attending the Pennsylvania School of Industrial Arts in Philadelphia where she excelled in painting, drawing and sculpture. N.C. Wyeth gave lectures there and his son, Andrew walked the halls with his portfolio under his arm. These were fond memories.

On May 22, 1946 she married Army Major LeRoy Tate Newland, Jr. and in 1958 with three children they moved to her beloved Solomons Cove. She was an amazing homemaker and supported her children in all their endeavors.  Mr. Newland died April 28, 1995.

After her children were grown she returned to her love for art and became a professional artist.  With daughter Laura Era, and Jennifer Heyd Wharton, she owned and operated the Troika Gallery in Easton, Maryland.  She loved people and she loved painting them well into her advanced years, being very proud of painting three retired Admiral's portraits. Two of them hang at the Naval Academy. As the “Matriarch of Troika” she loved going to the gallery every day until her health declined.

She was a member of the Beckwith United Methodist Church, Dorchester Center for the Arts, Maryland Society of Portraits Painters, Academy Art Museum, Gideon International and a founding member of the Working Artist Forum.

Preceding her in death were her parents, her husband, two sisters Marie Linkins and Georgeanne Curry.

To order memorial trees or send flowers to the family in memory of Dorothy Newland, please visit our flower store.
Send a Sympathy Card