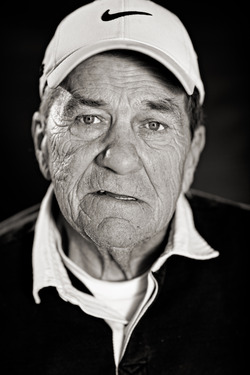 Born on Hoopers Island March 26, 1940 he was a son of the late Ruby Creighton and Everette Shockley.

After schooling on the Island, he began the family tradition of working the water. “Ole Salt” as he was affectionately referred to by his wife was passionate about being an Eastern Shore waterman. Regardless of weather conditions “Ole Salt” would be working the waters. He was also Co- owner of Hoopers Island Seafood, Co-owner of Chesapeake Treasurers for 22 years and worked at Hoopers Island Oyster Aquaculture with his son and grandson until his passing.

Dorsey married his wife, the former Phyllis Hughes, August 1, 1958 at the age of 18. They were blessed with two children. He was a very devoted husband. They would have celebrated their 58th wedding anniversary.

“Darcy”, as most people called him, enjoyed sports. He loved playing golf and watching Orioles baseball. In earlier years, he managed the 315 Market softball team. As he got older he got great enjoyment watching his grandchildren play ball. The grandchildren, whom he cherished, could expect to see their grandparents watching them from the car at football practice or during a game. He never missed a game.

Dorsey was a very talented wildlife carver. He was well known in the carved wooden decoy community. His attention to detail, which made the decoys so realistic, was something to behold. His work was admired all over the country.

Surviving him besides his wife is his son Johnny Shockley and wife Nancy of Woolford and daughter Missy Henry and husband Mike of East New Market; grandchildren Lauren Shockley (Brian), Jordan Shockley (Megan), Chelsea Shockley, Tori Henry, John Henry, Ryan Henry along with a number of nieces and nephews.

Preceding him in death besides his parents are brothers Rodger, Carl, Charles and Leon; sisters Laura Shockley and Doris Aaron.

A funeral service will be Monday, August 1, 2016 beginning 1:00 pm at the funeral home. The family will receive friends the hour prior to the service. Officiating will be Pastor Dave Stewart.

To order memorial trees or send flowers to the family in memory of Dorsey Shockley, Sr, please visit our flower store.