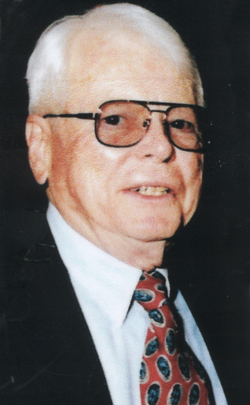 Dr. Schaefer graduated from Buffalo Technical High School and The Ohio State University with a B.S., M.A. and PhD degrees.

The highlights of his life included his many awards in education, being the author of 8 books and numerous articles, many of which are in the archives at Rutgers University Library. He received national recognition, receiving The Ohio State Centennial Award in 1970 from the College of Education. He was recently (May 14, 2010) awarded a "Certificate of Appreciation" for his 40 years in education by the U.S. Under Secretary of Education at Alexandria, Virginia. He was active in many professional associations, serving as President and other offices.

He founded the Vocational-Technical Education Department at the Graduate School of Education at Rutgers University in 1963 and was one of three who developed the National Occupational Competency Testing Institute (NOCTI) located in Big Rapids, Michigan. He served on their board for many years. The tests are used nationally all over the United States.

Dr. Schaefer was a man whose success was measured in the accomplishments of others. Under his guidance, he saw 170 students receive their EdD's in Vocational Education and was very grateful and proud of their accomplishments.

His interests included reading, walking, billiards, writing and volunteering. He was active in Indian Guides, Boy Scouts (he was an Eagle Scout), and served on the many committees in various positions while teaching. He also did research work and received many grants from The Office of Education. He was chosen as a Senior Fulbright Scholar in Germany in 1973. He traveled to the Soviet Union several times as an educator and had grants in various states here in the United States.

Dr. Schaefer and his wife JoAnn believed strongly in education. Therefore, as a legacy to their grandchildren they set up a trust with their son, Craig which saw all their grandchildren through college. All the girls (4), have Master's Degrees in Economics, Chemical Engineering, and Arts (TV and Teaching).

The Schaefer's were Protestant.

A memorial service will be held at Sunset Cemetery in Columbus, Ohio at a later date. Memorial contributions may be made to your favorite charity or Hospice.

To order memorial trees or send flowers to the family in memory of Dr. Carl Schaefer, please visit our flower store.