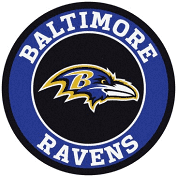 Born in Maryland on July 16, 1948,  he was the son of the late Kathleen Jarmon and Earle Blaine Windsor, II of Federalsburg.

Blaine attended the local schools and graduated from Colonel Richardson High School in 1966 and then went on to attend St. Mary’s College.  He then joined the Army National Guard and was honorably discharged in 1977.

He married the former Mary Andrews on September 11, 1982 and together made their home in Secretary, Maryland.

Blaine’s early career life started as being a police officer in Ocean City, MD. From there Blaine also worked at Orkin Exterminators and then went on to become a life insurance agent, retiring in 2013 from AIG.

After retirement, Blaine enjoyed hunting, fishing, watching his favorite football team (the Ravens), keeping his wife’s flowers growing and piddling in his shed.

He thoroughly enjoyed visiting his friend Dennis Gilliard at the patio table, where they discussed conquering the world’s troubles. Spending time with his grandchildren was a highlight in his life.  He will truly be missed by his family and friends.

Keeping with Blaine’s wishes, there will be no services. Arrangements entrusted to Newcomb and Collins Funeral Home, P.A., Cambridge, MD.

To order memorial trees or send flowers to the family in memory of Earle Windsor, III, please visit our flower store.