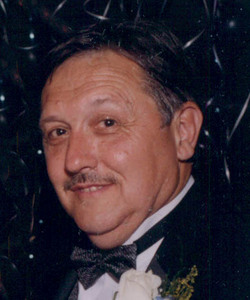 Edward Thomas Budd, Jr., age 64 and longtime resident of Cambridge, passed away with his family by his side at home early Friday morning, September 25, 2009 after a long battle with cancer.

Born February 3, 1945 in Nashville, TN, he is the son of Thelma Maddox Budd of Cambridge, MD and the late Edward Thomas Budd, Sr.

Moving to Cambridge at the age of ten, Ed attended school and graduated from Cambridge High School with the renowned Class of 1963 where he developed special and close friendships that remained throughout his life. He then went on to the University of Maryland, College Park and entered a sales career which lasted most of his life.

Ed worked in sales for nineteen years with Robbins & Robbins. He then became a correctional officer at the ECI facility in Princess Anne from where he retired due to health reasons.

Ed had been an active member of the B.P.O. Elks Lodge 1272 where he had served on several committees and was a Past Exalted Ruler in 1983. He was also a member of the V.F.W. Post 7460 and the Loyal Order of the Moose, Cambridge Lodge 1211.

His hobbies included bowling, fishing, billiards and table tennis. Ed’s greatest moments were being with his friends and family whom he loved so much.

Surviving besides his mother is his wife and friend of 43 years Nancy Whaples Budd; two daughters Cami Jones and her companion Greg Foxwell; Traci Dunn and her husband Jeff; four grandchildren Celsea Jones, Katelyn Jones, McKenna Dean and Madison Dunn; an aunt Betsy Jones Maddox all Cambridge, MD; an uncle Clyde Maddox and his wife Bettie of Alabama; two sisters-in-law Janet Whaples Willey and her husband Gary, Terri Whaples Wrigley and her husband Don of Cambridge, MD; a brother-in-law Bob Whaples and his wife Monnie Slacum Whaples of Vienna, MD; and nephews, many cousins and a host of friends.

Preceding him in death besides his father were several aunts and uncles and a very special niece Courtney Whaples.

The family will receive friends Monday evening, September 28th at the Curran-Bromwell Funeral Home, P.A. from 7:00 to 9:00 p.m., where an Elks Memorial Service will be held at 8:00 p.m. Funeral services will be held at 1:00 p.m. on Tuesday afternoon, September 29th at the funeral home. Officiating at the service will be The Rev. Charles Green and the eulogy will be provided by Harold “Skip” Miller. Burial will follow at Dorchester Memorial Park.

To order memorial trees or send flowers to the family in memory of Edward Budd, Jr, please visit our flower store.
Send a Sympathy Card