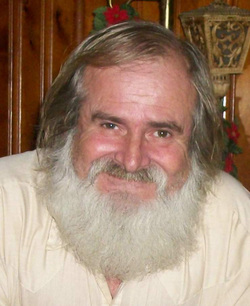 
Erden C. Bechtel, age 55, of Rhodesdale, MD, passed away unexpectedly Saturday, October 2, 2010 at Dorchester General Hospital. He had been ill for the past six months.

Erden had been a truck driver for most of his life in the seafood, freight and gravel industries. He did farming for a number of years, and had also worked in construction, and did beautiful wood work as a hobby for family members.

He was an avid outdoorsman enjoying boating, fishing and hunting. He also enjoyed four wheeling on his property with his family and going to auctions and yard sales.

Erden’s greatest passion was spending time with his family and friends, especially his wife, daughters, son-in-laws, grandchildren, and mother-in-law.

Preceding him in death besides his parents was a brother James Bechtel; father-in-law John Warner McCarty, Jr. and brother-in-law Wayne McCarty.

Funeral services will be held at 2:00 p.m. on Thursday at Curran-Bromwell Funeral Home, P.A., where the family will receive friends two hours prior to the service. Burial will follow at East New Market Cemetery.

In lieu of flowers, memorial offerings may be made to Curran-Bromwell Funeral Home, P.A., 308 High St., Cambridge, MD 21613 to assist in defraying funeral expenses.

at Wednesday afternoon or Thursday morning by 10:00 AM

To order memorial trees or send flowers to the family in memory of Erden Bechtel, please visit our flower store.