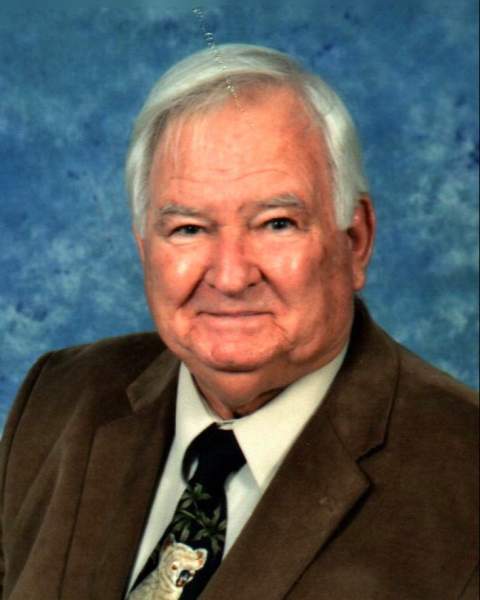 Ernest Levin Fitzhugh, Sr., 85, of Church Creek passed away Friday evening, November 11, 2022 at Mallard Bay Care Center.
Born September 20, 1937 in Church Creek, Ernie was a son of the late Eugie Marie Elzey Fitzhugh and Levin E. Fitzhugh. He attended the local schools and graduated from Cambridge High with the Class of 55.
After school Ernie began a career at Cambridge Wire Cloth. He advanced in positions and retired after more than 43 years of service as Supervisor of Production.
Ernie met and fell in love with the former Frances E. Oliphant of Vienna. They were married on November 30, 1957.  Frances and Ernie enjoyed almost 58 years of marriage before her passing September 28, 2015.
Living in Church Creek his entire life, Ernie was active in the community. He was a lifetime member of White Haven U.M. Church , served as a town commissioner and a member of Church Creek Volunteer Fire Department for over 28 years. He was also a lifetime member of the Cambridge Elks and Moose.
Ernie and Frances had enjoyed traveling. They had visited nearly every state east of the Mississippi, many on motorcycle that they enjoyed together. After their retirement they spent most of the winter months at their second home in Sebring, Florida. Ernie considered himself a very fortunate man.  He had found the perfect wife, was blessed with his son and daughter and was able to do and accomplish just about everything that he hoped for. As he reflected back on his life in his final days he stated he truly had had a wonderful life.
Surviving is his son Ernest Levin Fitzhugh, Jr. and wife Donna of Long Island, N.Y.; daughter Kelly Fitzhugh of Church Creek; brother Carlton Fitzhugh and wife Helen; sister Ruth Ann Andrews along with many friends.
A graveside funeral service will be held Saturday, November 19, 2022 beginning 2:00 p.m. at Old Trinity Church Cemetery. Officiating will be Pastor Steve Bloodsworth. Interment will follow.
Honorary pallbearers will be Bill Smith, Terry Vincent, Kenny Mason, Ronnie Newcomb, Bill Foxwell, Carlton Fitzhugh, Eddie Lloyd and Martin Sharp.
In lieu of flowers memorial donations in Ernie’s name can be made to either Church Creek Volunteer Fire Department, White Haven United Methodist Church or Baywater Animal Rescue.
Arrangements entrusted to Newcomb and Collins Funeral Home, P.A.
To order memorial trees or send flowers to the family in memory of Ernest Levin Fitzhugh, Sr., please visit our flower store.
Send a Sympathy Card
In memory of Ernest Levin Fitzhugh, Sr., please consider making a donation to one of the following charities: