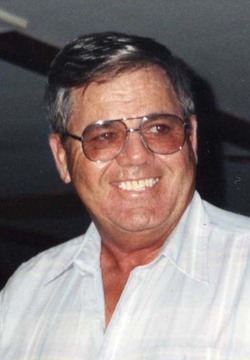 Born on August 30, 1928 at Hooper's Island, he was a son of the late Charles G. and Clarrisa Ione Creighton Travers.

In 1951 Eugene enlisted in the U.S. Army serving his country and was honorably discharged in 1953 as rank of Sergeant. He received many medals including National Defense, ROK, Korean Service, U.S. Army Korean, Korean Service Defense, United Nations Service and Combat Infantry.

Eugene worked as a waterman most of his life but what he enjoyed more than anything was working with wood. He was a craftsman, building furniture, boats and carving decoys. Approximately 75 boats across the east coast were built by Eugene, along with most tong shafts in Dorchester County. He was a self- taught man and enjoyed life, going on motorcycle tours, riding horses and model boat racing with The Boys from Crisfield. Eugene was a member of the Ruritan National, VFW Post 7460, Moose Lodge 1211, Dorchester Sheriff Mounted Patrol and the Dorchester Western Horseman. He always had a cheerful grin and a vast circle of friends. A favorite saying of his was, "The best food I ever ate."

A funeral service will be held on March 29, 2012 beginning at 2 pm. at the Newcomb and Collins Funeral Home, P.A. Cambridge. Family will receive friends one hour prior to service. Interment will follow at Dorchester Memorial Park with military honors. Officiating will be Pastor Fred Bahr.

To order memorial trees or send flowers to the family in memory of Eugene Travers Sr, please visit our flower store.
Send a Sympathy Card