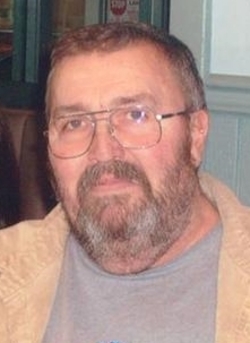 Francis Gordy Davis, Sr., 66 of Secretary, Maryland passed away Friday, October 23, 2015 at UMSMC at Dorchester in Cambridge, Maryland with his family by his side.
He was born on January 26, 1949 in Cambridge, MD and was raised in Bishops Head. He graduated from Cambridge High School with the class of 1968.
On February 24, 1990 he married Mary “Cookie” Trego.
Franny was a self-employed contractor for a number of years and later in life worked on projects such as Sailwinds Visitors Center in Cambridge. His favorite projects were, The Kennedy Center, University of Maryland, Andrews Airforce Base and the Pentagon.
In his spare time he enjoyed spending time with his family, telling jokes, going to yard sales with his wife and playing with his two dogs. Anyone who knew Franny could always count on laughing with his wonderful sense of humor. To know him was to love him. He will truly be missed by all.
Surviving him is his loving wife Cookie; daughters Denise Hopkins and husband Mike of Rossville, GA, Renee Davis and wife Diana of Woodbridge, VA, Nicci Poole and husband Steven of Chesapeake Beach, MD; sons Francis G. Davis, Jr. of Secretary, MD and Cody Davis of East New Market, MD; granddaughter Taylor Coleman of Woodbridge, VA; grandsons Michael Hopkins, Jr. and Levi Hopkins of Rossville and Brandon Poole of Chesapeake Beach, MD; great grandson John Root Hopkins of Rossville, GA; sister Yvonne Travers of Fishing Creek, MD; brother Jack Burton of Lancaster, PA; several nieces and nephews.
Preceding him in death was his mother Elizabeth Burton of Cambridge; a sister Orah Lee Bell; a brother John Davis; mother and father-in-law William and Betty Trego of Secretary and his grandparents Cleora and Gordy Mills of Bishops Head.
A memorial service will be held on Wednesday, October 28, 2015 at Newcomb and Collins Funeral Home, P.A., Cambridge, MD beginning 4 p.m. Family will receive friends an hour prior to the service.
Officiating will be Franny’s nephew Wayne Stone assisted by his daughter Denise Hopkins.
Burial will take place at a later date.
To send online condolences to the family, please visit www.newcombcollins.com

To order memorial trees or send flowers to the family in memory of Francis Davis, Sr, please visit our flower store.