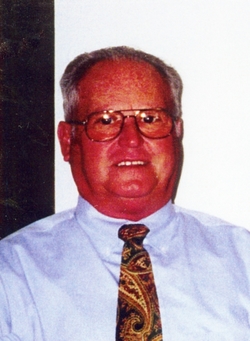 
Woolford ------ Frederick Phillip Collins, 74, died Thursday, December 4, 2014 at Peninsula Regional Medical Center in Salisbury with his family at his bedside.
Born October 11, 1940, he was a son of the late Ann DeMeyers Blake and Phillip L. Collins. While Fred was born in Rochester, New York, he as a young child moved to Dorchester County. His childhood was spent in East New Market and Secretary and as a teenager moved to Cambridge with his mother and stepfather, Harold Blake.
He attended schools in Upper Dorchester and graduated from North Dorchester High School, class of 1959 where he held the position of Sergeant-at-Arms and was voted “Best Dressed”.
Fred was employed by Dorset Marine and Todd Transport in Secretary before joining the US Army in January 1964. He entered the Army as private/infantry at Fort Jackson, S.C. He was assigned to Fort Gordon, Georgia; Fort Knox, Kentucky; Camp Carroll, Korea; and was discharged in 1967 from Fort Hood, Texas at the rank of ES. He always exuded his enthusiasm as a veteran and flying the US flag was essential for him.
While on leave from the Army, Fred met his future wife at a Sugar Shack Party and married the former Nancy Travers on March 23, 1968. They lived in Woolford since 1980. Fred was an adoring husband for 47 years and they parented one son, Clint Frederick Collins who now lives in Trappe, MD with his wife, Molly Armstrong Collins and children MacKenzie Ann Collins and Chase Frederick Collins. Fred was a doting grandparent and never happier than when he was riding the grass cutter with Chase or being a cheerleader for MacKenzie at her equestrian feats.
Fred was a Grady White enthusiast and he and Nancy spent many hours boating with family and friends. Fishing locally and deep sea with Clint and friends was a special pastime and retelling the associated fish tales, some true, was his joy.
Fred joined Choptank Electric Cooperative on August 16, 1967, and progressed through the apprentice lineman program becoming a chief lineman prior to his promotion to Cambridge District Manager in 1986. He then moved to the position of Supervisor of Regional Operations, the position he held at the time of retirement, after 35 years, on January 2, 2003. He is remembered for his dedication to the world of work and was never more proud than when the community offered recognition for a job “well done” by his crew men.
Fred was a member, trustee and willing volunteer for the Milton United Methodist Church in Woolford. He was a lifetime member of Grace Foundation of Taylors Island and long- time member of Cambridge Yacht Club.
Survivors include his wife, son, daughter in law, 2 grandchildren, sister in law, Joan Collins of Linkwood: and brother in law/sister in law F.L. [Petey] Travers and Patricia Travers of Woolford. He is also survived by nieces Linda Wetherhold [David], Nancy T. Shockley [Johnny], LeAnn Lewis, Kara Phippin [Donnie], Donna Oakden [Ron], Carla Burns [Jerry], and nephews Rodney Travers [Donna], Brett Travers, Roy Travers [Edie], and Phillip R. Collins and many great nieces and nephews.
He was preceded in death by his Mother, Father, stepfather and both younger brothers, Nathan Sherwood [Tink] Collins and Samuel L. Collins.
A Memorial service will be held on Wednesday, December 10 at 1:00 p.m. at Milton United Methodist Church in Woolford. Visitation from 11 – 1 will precede the service. Dr. Rev. Robert Kirkley will officiate. Interment will be private.
Memorial contributions may be offered in his memory to the Milton United Methodist Church, Rainbow Committee, PO Box 106, Woolford, MD 21677; American Legion Dorchester Post 91, PO Box 70, Cambridge, MD 21613 or Baywater Animal Rescue, 4930 Bucktown Road, Cambridge, MD 21613.
Arrangements entrusted to Newcomb and Collins Funeral Home, P.A., Cambridge.
To share memories or send online condolences please visit www.newcombcollins.com