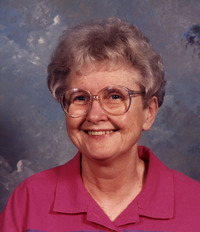 Freida Ryan Heckler, age 80, of Cambridge, MD, died Sunday evening, December 21, 2008 at Chesapeake Woods Center, Cambridge, MD, where she had been a resident for the past four years.

Born on June 6, 1928 in James, Dorchester County, MD, she was the daughter of the late Walter Edward Ryan and H. Evelyn Bennett Ryan.

Mrs. Heckler was a graduate of Cambridge High School, Class of 1945.

Mrs. Heckler had been a member of Grace United Methodist Church for fifty years.

For thirty nine years, she worked at Richardson’s Style Shop in downtown Cambridge.

In 1996 she and her husband retired and moved to North Ft. Myers, Florida. They returned to Cambridge in 2004 due to health reasons.

Mrs. Heckler always had a pleasant smile and a kind word. Her greatest joy was just spending time with her family and friends.

Preceding her in death besides her parents were a sister and brother-in-law Etta and Leonard Dayton; two brothers Walter Edward Ryan, Jr. and Milton Ray and a niece Lenette Dayton Satchell.

The family will receive friends Sunday afternoon, December 28th from 3:00 to 5:00 p.m. at Curran-Bromwell Funeral Home, P.A., 308 High St., Cambridge. Funeral services will be held on Monday, December 29th at 11:00 a.m. at the funeral home with The Rev. Sam McWilliams officiating at the service. Burial will follow at the Eastern Shore Maryland Veterans Cemetery, Hurlock, MD.

Expressions of sympathy may be made by making memorial offerings in Mrs. Heckler’s memory to either the Alzheimer’s Association, 209C Milford St., Salisbury, MD 21804 or to the Parkinson’s Disease Foundation, Inc., 1359 Broadway, Suite 1509, New York, NY 10018
To send online condolences, please visit www.curran-bromwell.com

To order memorial trees or send flowers to the family in memory of FREIDA HECKLER, please visit our flower store.
Send a Sympathy Card