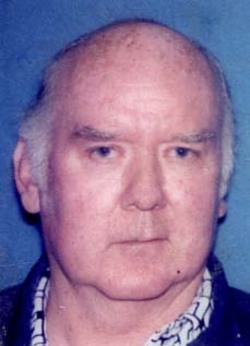 George E. Meredith, 73, of Cambridge passed away after a brief illness on April 1, 2012 en route to the Washington Hospital Center in D.C.
Born in Cambridge, March 1, 1939 , George was the son of the late Oliver and Naomi Covington Meredith. He attended local schools and upon graduation enlisted in the United States Air Force. George was honorably discharged in June of 1960 with rank E-3.
For many years George worked at Black and Decker in Easton before retiring.
George will always be remembered as a happy gentleman with a passion for singing, walking, sports and most of all for his love of his families , both natural and adopted.
Surviving is a sister, Marilyn Laflame of Haverhill, MA; niece Carol Lagasse of Myrtle Beach, S.C; nephews Mark Nichols of Canada and Stephen Nichols of Hampton Falls N.H.
Also surviving are his treasured “adopted children” which he helped raise, Rose M. Geiger (John) of PA. , Wilma J. Pete (Ronald) of East New Market; Grady A. Wilson of Church Creek, MD; Thelma L. Ortiz (Freddie) of Church Creek, MD and Lori L. Ruark (Wayne) of Hooper’s Island which he also considered his daughter ; seven grandchildren and several great grandchildren.
He also leaves behind two special friends, Fred and Peggy Goodman of Cambridge.
Preceding him in death in addition to his parents was the love of his life and lifelong companion Effie M. Stultz.
Funeral services will be held Friday, April 6, 2012 beginning 10:30 a.m. at Newcomb and Collins Funeral Home, P.A. Cambridge, MD. Interment will follow with Military Honors at the Maryland Eastern Shore Veterans Cemetery, Hurlock, MD. Family will receive friends one hour prior to service.
To send online condolences, please visit www.newcombcollins.com


To order memorial trees or send flowers to the family in memory of George Meredith, please visit our flower store.
Send a Sympathy Card