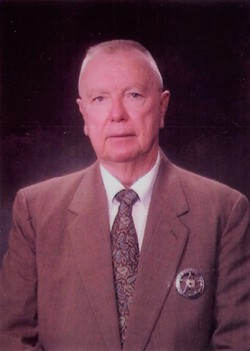 
Gerald B. Testerman, (75) died suddenly on November 20, 2016. A Retired United States Marshal who was born on Hoopers Island on August 20, 1941, he was the son of the late Brack E. Testerman and Alma Creighton Testerman formerly of Bel Air, Maryland.

Gerald served in the United States Navy 1959-1965 and was at the Bay of Pigs invasion, the Cuban Blockade, and a Vietnam-Era Veteran. He was a 32nd Degree Mason and member of Masonic Lodge Post #44, Boumi Temple Shrine, Life member of the VFW, American Legion Post #39, U.S. Marshals Assoc. and Life Member USS Forrestal Assoc. and the NRA. During his 25 year government career he was Deputy U.S. Marshal in Baltimore, promoted to Inspector in Wilmington, Delaware, promoted to Chief Deputy in Elkins, West Virginia, and later appointed to U.S. Marshal for the Northern District of West Virginia.

After his retirement, Gerald and his family relocated to Maryland’s Eastern Shore where he continued to work as a Private Investigator and a variety of other positions in the community that gave him much pride and satisfaction. He is also a Board Member of the Dorchester Heritage Committee, the Dorchester County Tax Appeal Board and the White Haven United Methodist Church Board of Trustees.

A funeral service with military honors will be held at the White Haven United Methodist Church in Church Creek, Maryland on Sunday November 27th beginning 2pm with Rev. Dr. Robert G. Kirkley officiating. Cambridge Lodge #66 will conduct a Masonic Service. The family will receive friends the hour prior to the service.

A private interment will take place at Bel Air Memorial Gardens at a later date.

In lieu of flowers, it is his wish that contributions be made to the White Haven United Methodist Church, 1920 Church Creek Road, Church Creek, MD 21622

To share online condolences with the family please visit www.newcombcollins.com

To order memorial trees or send flowers to the family in memory of Gerald Testerman, please visit our flower store.