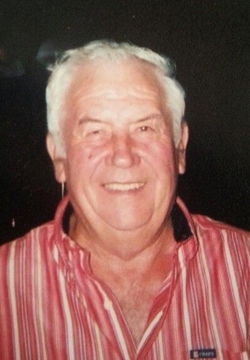 
Goldie G. "Junior" Simmons, Jr., 76, of Cambridge passed away Tuesday evening, December 23, 2014 at Mallard Bay Care Center.
Born on Hoopers Island December 18, 1938, he was a son of the late Pauline Meredith Simmons and Goldie G. Simmons, Sr. After attending schools on the island he continued in his father's footsteps as a waterman. For over 50 years he worked the local waters and was proud of his boat the "Miss Pauline". Junior also was a handyman, he repaired small motors for friends and to make a few extra dollars. As an outdoorsman he loved nature and became very attached to his cat "Blackie".
Junior is survived by his two children, son Edward Simmons and his wife Rilla, daughter Margaret Simmons and her companion Robert Hackley; his companion of over 16 years Jean Ruff; brothers Russell and Alfred Simmons; grandchildren Christopher Borga, Ambrosia Mowbray, Hunter Mowbray and Hayden Simmons; along with nieces and nephews.
Preceding him in death besides his parents are brothers Clyde Simmons, Leonard Simmons; and infant sister Darlene.
A funeral service will be held Tuesday, December 30, 2014 beginning 1:00 p.m. at Newcomb and Collins Funeral Home, P.A., Cambridge with Rev. Buddy Dunn officiating.
A viewing will be the hour prior to the service.
Interment will follow at East New Market Cemetery.
Serving as pallbearers will be Eddie Simmons, Jimmy Simmons, Chris Borga, Robert Hackley, Tyler Henny and Hunter Mowbray.
In lieu of flowers donations can be made to Newcomb and Collins Funeral Home, 308 High St., Cambridge, MD 21613 to help defray funeral expenses.
To share memories and send online condolences please visit www.newcombcollins.

To order memorial trees or send flowers to the family in memory of Goldie Simmons, Jr, please visit our flower store.