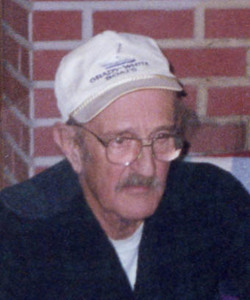 Gordon S. Thomas, 74, of Cambridge, passed away Tuesday, August 21, 2012 at the Chesapeake Woods Center in Cambridge after a brief illness.
Born in Wilmington, DE on February 14, 1938 he was the son of Evelyn Wingate Thomas and the late William W. Thomas. After moving to Cambridge he attended local schools and graduated from Cambridge High School as a member of the Class of 1955. Upon graduation he attended the Coyne Radio and Television School in Chicago and then the University of Maryland where he received his Masters Equivalency.
Gordon had worked at the Engle’s Furniture Store for over 20 years, a Professor at Chesapeake College, a Vocational Instructor for over 26 years and a maintenance technician for Dorchester County Schools. After service to the County School Board System for over 35 years he retired in 2000.
Many people will remember Gordon as a gun enthusiast. He loved country music and enjoyed playing the steel guitar. Playing in a local band to residents of nursing homes brought him great joy. Gordon enjoyed making contact with people from all over as a ham radio operator. Helping and teaching was his talents that touched so many, young and old alike.
Gordon was a member of the VFW and former member of Civil Defense.
Surviving besides his mother is his devoted wife Melanie Newell Thomas whom he married July 18, 1991. Also surviving is his son Robert (Bobby) and wife Gayla of Cambridge; daughter Allison Scharch and husband Mike of Easton; sister Marlene Sanders of Westminster; grandchildren Jessica and Michael Scharch; a great granddaughter Madison Zimmerman; brother in law Stan Newell of Ohio; sister in law Maureen Rogers of Cambridge; nieces Donna Sanders and Sheri Wolf; nephews Dan Sanders, Ricky and Randy Todd, Kenny Mooney, Nickolas, Clayton, and Wesley Newell.
Funeral services will be held on Saturday, August 25, 2012 beginning 11 a.m. at the Newcomb and Collins Funeral Home P.A., in Cambridge. The family will receive friends the hour prior to the service. Officiating at the service will be Pastor Dave Stewart.
A visitation will be held on Friday evening, August, 24, 2012 at the funeral home from 7 to 9 p.m.
Serving as honorary pallbearers will be Michael Scharch, Walter Gunby, Pat Murphy, Bobby Thomas, Steve Abbott, Dan Sanders, Bob Fehsenfeld, Adma Mumford, Darcy Harding and Dr. Mahmood Shariff.
A private burial will be held at Dorchester Memorial Park at a later date.
To send online condolences please visit, www.newcombcollins.com

To order memorial trees or send flowers to the family in memory of Gordon Thomas, please visit our flower store.
Send a Sympathy Card