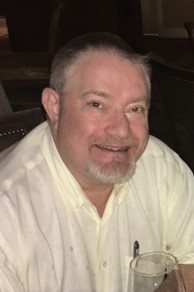 He was born on September 15, 1967 in Cambridge, Maryland to Gordy Jones Sr. and Annilly Hambler Jones.

Jody attended schools in Allison Park, PA and in Cambridge, graduating from Cambridge-South Dorchester High School in 1986. On June 9, 1990, he married the former Shelly Hughes.

Since he was a young man, Jody worked a variety of jobs including working on the water, carpentry, building supply and ambulance transport. In 1988, he began a career with United Parcel Service where he forged many lifelong friendships. When health forced him to retire in 2003, he embarked on a second career as a realtor, associated with Powell Realtors in Cambridge.

Jody enjoyed a lifetime of varied interests; including all sports at every level, from little league to professional games. He was very proud of his service as an umpire for little league and softball, as well as a coach and mentor to children. He was an avid poker player, who enjoyed his Tuesday night game with his card group. He was a collector of sports memorabilia and anything associated with local history and commerce.

Active in the community, Jody was the past and present member of many clubs, civic organizations and local fire companies. He was a member of the Mid Shore Board of Realtors and Grand National Waterfowl Association.

His greatest joy of all was spending time with his family, especially his grandson.

A memorial service and celebration of life will be held on Tuesday November 30, 2021 beginning 1:00 p.m. at the funeral home with Rev Dan Dunlap and Demetrio Beach officiating.  A visitation will be held one hour prior to the service.

Private interment will be held at a later date.

To order memorial trees or send flowers to the family in memory of Gordy Jones, Jr., please visit our flower store.