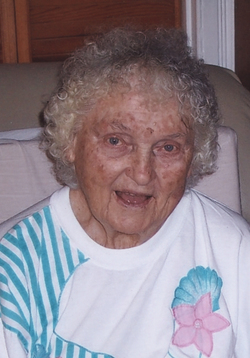 Born on June 3, 1920 in the Neck District, she is the daughter of the late Henry Raymond and Floy Marshall Hubbard.

Preceding her in death besides her parents and husband is a sister Leona Warfield; and two brothers John Leslie Hubbard and Julian Morrison Hubbard.

Funeral services will be held at 1:00 p.m. on Saturday, January 15th at Curran-Bromwell Funeral Home, P.A., where the family will receive friends one hour prior to the service. Officiating at the service will be The Rev. Pam Bockart. Interment will follow in Spedden-Seward Cemetery, Hills Point, Cambridge, MD.

To order memorial trees or send flowers to the family in memory of Hilda Wheatley, please visit our flower store.
Send a Sympathy Card