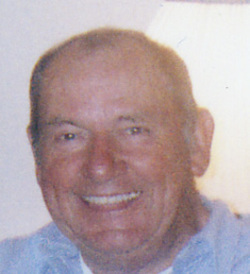 On March 31, 1956 he married the former Helen C. Hoffman of Landover, MD. Mr. Benesh served his country during the Korean War in the U.S. Navy from 1953 to 1957. After release from active duty, he served 4 years in the U.S. Navy Reserves. He was awarded the Navy Occupation Service Medal and the National Defense Service Medal following an honorable discharge.

Mr. Benesh served eight years as Football Coach with the Landover Hills Boys Club Little League, in Prince George’s County, MD. He retired from the Washington Area Carpenters Union after thirty years, then owned and operated his own construction business from 1983 to 1999.

In 2000, Mr. Benesh and his wife moved to Trappe, MD on the Eastern Shore. He worked as a Sporting Clay Trapper at Pintail Shooting Resort on Maryland’s Eastern Shore from 2000 to 2009. He and his wife enjoyed trap shooting at the resort, going dancing, and attending family gatherings. “Jim” will always be remembered by family and friends as fun loving and always ready to tell a joke.

Funeral services will be held at Newcomb and Collins Funeral Home, P.A, 308 High Street Cambridge, MD 21613 on Thursday, August 20, 2015 beginning 12:30 p.m. where the family will receive friends two hours prior to the service. Interment will be held at Eastern Shore Veterans Cemetery in Hurlock, MD with Military Honors. Officiating will be Rev. Gary Moore.

In lieu of flowers, memorial offerings may be made in Mr. Benesh’s memory to the charity of one’s choice.
To send letters of condolences, please visit www.newcombcollins.com

To order memorial trees or send flowers to the family in memory of James Benesh, please visit our flower store.