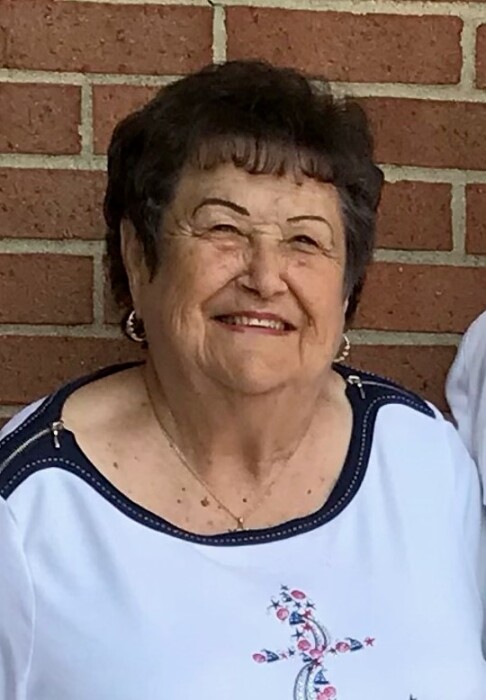 Janet was born into the seafood business. As a young child, she started working with her father at Rippons Bros. Seafood. Later, she served as secretary for many years. On November 6, 1960, she married Larry “Spike” Colman. She met Spike after his Navy helicopter crashed on Hoopers Island. They both worked in the family business until they started their own business, Colman and Sons Seafood. Spike passed away December 2, 2003.

Janet was a member of Hoopers Memorial Church and had been active in the WSCS, serving in many positions. She greatly enjoyed going to auctions and hunting for that special antique. She was very fond of Avon products and anything she considered a good sale. Janet also loved Christmas and enjoyed decorating her home inside and out. Janet loved her dogs and cats and had taken in many that would show up at the crabhouse.

Janet is survived by her sons Clay Colman of Princess Anne, and David Colman (Jodi) of Cambridge; grandchildren Ben Colman, Ali Colman, and Sam Colman, of Cambridge; sister-in-law Charlotte Rippons, of Hoopersville; her loving companion of 15 years, Elwood “Woody” Washburn, of Salem; two nieces Janet Ruark (Clarence) of Hoopersville and Penny White of Great Falls, VA, and one nephew, CT Rippons (Krista) of Denver, CO, along with several great-nieces and great-nephews. Besides her parents and husband, Janet is preceded in death by her brother, Chandus Rippons, Jr.

A viewing will be held Monday evening, May 3, 2021 from 6:00 till 8:00 p.m. at Newcomb and Collins Funeral Home, P.A., Cambridge. A funeral service will be held on Tuesday, May 4, 2021, beginning 1:00 p.m. at the funeral home with Rev. A. Delmer Willey, Jr. officiating. Friends will be received the hour prior to the service. Interment will follow at Dorchester Memorial Park.

To order memorial trees or send flowers to the family in memory of Janet Colman, please visit our flower store.
Send a Sympathy Card