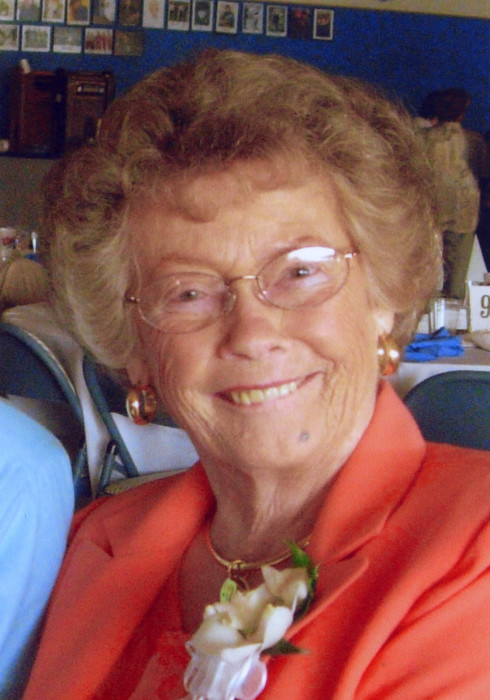 Cambridge – Jean Bell Anstine Wright passed away on August 20, 2018 at her home with family and friends at her side.

She was born in Woolford, Maryland on August 29, 1929, the daughter of the late Spicer and Frances Bell.  She lived her early life on the family farm and always treasured those memories.  After graduating from Cambridge High School in 1946, she attended Bard Avon Business School in Baltimore.  After graduation, she returned to Cambridge and worked at several firms in accounting.  In 1962 she went to work for Harrington Insurance and on to Mullaney Insurance. She was one of the first women in Cambridge to become a licensed agent in the fire and casualty insurance business.  She worked for these firms for a total of 30 years and there after did accounting work for John M. Hughes Seafood and Kool Ice Inc. for the next 20 years.

During her retirement, she did much volunteer work including over 3000 hours of service to the Dorchester General Hospital Auxiliary.  She also worked at the A. Mary Thompson Shop at the Eastern Shore Hospital Center, Dorchester Historical Society, Cambridge Women’s Club and Art Center.  She was also a past member of the Dorchester Garden Club, DAR Dorchester Chapter and Woolford Church Creek Homemakers Club.

She was a member of the Woolford United Methodist Church which is the church she was first a member of as a child.

Mrs. Wright married Hubbard Anstine in 1949, a marriage which happily lasted until 1998 when Mr. Anstine passed away.  It was this union that gave them many years of antiques love and collecting that lasted the rest of her life.

In 2000 she married “Dick” Frances Wright and they shared a short but happy union until he passed away in 2004.

Also surviving is Sandi Hurt who was her longtime friend and care giver.

Interment will be private at the Eastern Shore Veterans Cemetery.

To order memorial trees or send flowers to the family in memory of Jean Anstine Wright, please visit our flower store.