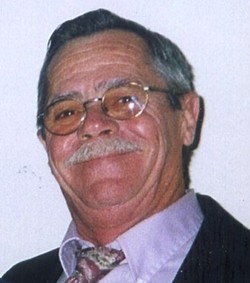 
Jerome “Jerry” Floyd Gumpman, 73, of Cambridge, Maryland passed away Monday, August 28, 2017 at the Chesapeake Woods Center with his family at his side.

Born on November 2, 1943 in Baltimore, Maryland, he was a son of the late Joseph A. Gumpman and Ethel M. Leishear Gumpman.

Jerry attended the local schools and graduated from Andover High School. He continued his education in the Academy of Corrections and local adult education at Wor-Wic and Chesapeake College.

In 1966 Jerry was drafted into the U.S. Army during the Vietnam War and served his country. He was honorably discharged in 1968 as a Pvt-E1. He had a great love and respect for his country and was passionate about veterans.

He was a life-time member of the Vietnam Veterans Chapter #172 in Cumberland, MD, American Legion Post #91, Cambridge Lodge No. 66 A.F. & A. M., North American Fishing and Hunting Club and the Handy Man Club.

He was an avid outdoorsman and loved hunting, fishing, crabbing, boating or just relaxing on the water with a beer in his hand, he was a true Sportsman. He was an excellent cook and enjoyed cooking at the many different organizations he was involved in.

Preceding him in death besides his parents were brothers, Joseph Donald Gumpman and Leonard L. Gumpman and great nephew Adam Gumpman.

Cemetery in Hurlock with military honors. Interment will follow. Officiating will be Rev. A. Delmer Willey, Jr.

Serving as pallbearers will be Dwayne Abt, Stephen Abt, Scott Abt, Kraig Thomas, Ryan Bell and Tom Hall.

To send online condolences to the family, please visit www.newcombcollins.com

To order memorial trees or send flowers to the family in memory of Jerome Gumpman, please visit our flower store.