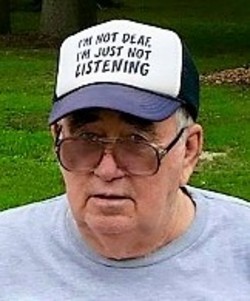 
Jerry Preston Clark, Sr., 82, of Secretary, Maryland passed away on December 9, 2017 at UMSMC at Dorchester. Born June 28, 1935 at Baltimore, Maryland, he was the son of the late Vernon P. Clark and Margaret Heartlove.

Lovingly known as “Pop”, he found the love of his life, Jacqueline (Sanders) Clark, and was married for 61 years.

In 1977, Pop moved to Cambridge, Maryland and opened Cambridge Auto Recycle with his family.

Preceding him in death, besides his parents, is his Daughter-In-Law Elaine Clark.

Jerry Clark, Sr. will be buried at Cedar Hill Cemetery in Brooklyn, Maryland in the spring.

A celebration of Pop’s life will be held at a later date.

To order memorial trees or send flowers to the family in memory of Jerry Clark, Sr, please visit our flower store.