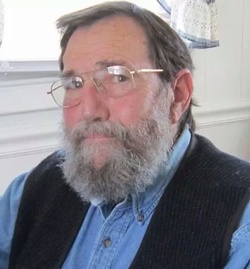 
John Maurice Geiger, 71, of Chester, Pennsylvania passed away at his home Saturday, December 13, 2014, with his family by his side. He was born in Nashua, New Hampshire on August 4, 1943 to the late Maurice "Mo" Nokes Geiger and Elizabeth Dianne Chapman.

John grew up and attended schools in Pepperell, Massachusetts. After graduating high school, he joined the military and served as a Corporal with the United States Marine Corps. His awards included a Medal of Good Conduct and a Rifle Expert Badge (M14). John was honorably discharged in June of 1964, but as the saying goes, "Once a Marine, always a Marine".

From there, John went on to begin learning (and what ultimately became) his seemingly "vast knowledge of all things" through his near five decades of work experience in the construction industry. But we would dare say that his most meaningful employment was during his 36 years with a company out of York, Pennsylvania named G.A. & F.C. Wagman, Inc. Though John played a key role in the construction of numerous road and bridge projects, but it was during the summer of 1986 when the lives of all of us were about to change! You see, this is when John and his crew were assigned and then relocated to the sleepy little town of Cambridge, Dorchester County, Maryland so to begin construction on our very own Choptank River Bridge ---and is exactly how John met, and soon fell in love, with his Rose. From that moment forward; right up until his very last breath, the two of them were inseparable.

Soon after the completion of the Choptank River Bridge, John was assigned to a similar project in Lancaster, PA. It was then that they moved and began a new life together in Pennsylvania. Though I'm sure John must have grumbled about this at least once or twice, but he did however keep his promise to Rose "to bring her back home to visit" ... often! This most certainly includes the date September 10, 1994, for it was the day John made the long 4+ hour journey back to Maryland, so to marry his love, the former Rose Stultz, at the St. Paul's United Methodist Church in Cambridge.

John grew up enjoying horses, of which he had several. He was definitely a "Volvo Guy" as he drove them exclusively for over 40 years (and by the way, so does all three of his children!) John enjoyed traveling to Carlisle, PA to browse the endless dusty aisles of car parts, going to flea markets on the weekends with his wife by his side, collecting odds and ends (translation: this means either more tools, a spare part for one of the kid's Volvo, or well, sometimes a man just needs another Volvo!) reading, ice skating, attending his grandchildren's annual Christmas Eve play, and watching his wife and daughter dance at various Native American Pow-Wow's. More than anything though, John truly loved spending time with his family; especially the time spent with his grandchildren. John also loved caring for his animals and would help literally anyone in any way that he could. In their neighborhood John became the go to guy for many things ... especially if you were a little kid with a broke down bicycle! He also very much enjoyed time spent with his first granddaughter, "Toodles" (Chelsea). Whether it was building things together with their tool kits in the basement, watching her ride her bike, or going to Linvilla Orchard to feed the farm animals. One of John's proudest moments was going along with mom to help Chelsea test for her drivers license (for the 3rd time) and surely she passed when Poppy was there! Third time's a charm, or maybe she was lucky because she had him there with her. Any time they spent together, no matter what it was, was always equally cherished.

A committal service will be held Monday, December 22, 2014 beginning 11:00 a.m. at the chapel at Eastern Shore Veterans Cemetery, Hurlock, MD with military honors. Interment will follow. Arrangements are in the care of Newcomb and Collins Funeral Home, in Cambridge, Maryland.

To order memorial trees or send flowers to the family in memory of John Geiger, please visit our flower store.
Send a Sympathy Card