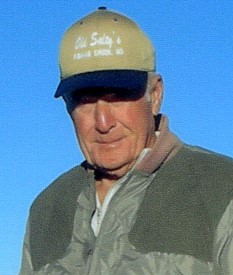 John Huber, Jr., 86, of Fishing Creek passed away peacefully in his sleep early Monday morning, October 5, 2020 at his home.

Born August 29, 1934 in Baltimore, John was a son of the late Marguerite Mohr Huber and John Huber, Sr.

After his schooling John applied for a position with Black and Decker and signed up with the draft board on the same day. “Whoever called me first is where I would work” John stated. Black and Decker called first and John was hired on September 9, 1952. The Army inducted John on January 30, 1957 for a two year period. Most of his time in the Army was spent at Fort Bliss, El Paso, TX where he was involved with guided missiles technology.

Upon returning home to Baltimore John continued his career with Black and Decker. He worked in the Towson and Hampstead Plant before transferring to the Easton Plant in 1975 and relocated his family to Fishing Creek. John retired after 42 years of service in 1996.

John married the former Mary Reichert on July 15, 1966.   Together they were blessed with three children and 54 years of marriage.

John was a people person, his constant smile and caring demeanor would draw people both young and old. During his years of living on the Baltimore waterfront John’s house was always full of neighborhood kids. All kids quickly looked at John as a grandfather figure, he greatly loved them all the same as if they were his own.

After moving to Fishing Creek John loved the Eastern Shore life style. He loved the outdoors, be it hunting, fishing or just being outside. John was a member of the Hoopers Island Volunteer Fire Company and a welcomed member of the community. He was an accomplished wood worker and had made a number of furniture pieces.  Gardening,  reading, especially  Louie L’Amour books and watching westerns, along with country music by Hank Williams Sr. was also a favorite pastime.

Everyone loved John and John loved everyone in return. He was fondly known for his advice, be careful with spoken words – they can’t be taken back and think before you speak. Always smiling, his family and especially his extended family of grandchildren were his heart.

Preceding him in death besides his parents is his son John “Bubba” Huber and a brother Lou Huber.

A viewing and visitation with family will be held Thursday evening, October 8, 2020 from 6:00 till 8:00 pm at Newcomb and Collins Funeral Home, P.A., Cambridge.

A graveside funeral service will be held Friday, October 9, 2020 beginning 11:00 am at Dorchester Memorial Park with Pastor Dave Stewart officiating.

Social distancing and face coverings will be required.

To order memorial trees or send flowers to the family in memory of John Huber, please visit our flower store.