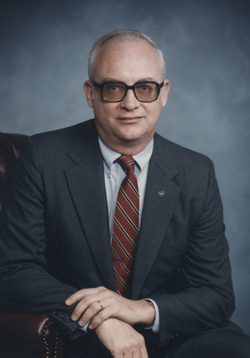 John Joseph Neubauer, Jr., 74, of Ocean City, died Tuesday, November 2, 2010 at home following a courageous battle with cancer. Born June 23, 1936, he was the son of the late John and Margaret Neubauer of Baltimore, MD. He was the beloved husband of Ginny Neubauer, his wife of 31 years.

John grew up in Baltimore and graduated from Loyola Blakefield High School. He graduated from Loyola College and later obtained his J.D. degree from the University of Maryland School of Law. After passing the bar exam, he joined his father at Real Estate Title Company. He went on to own and manage the company for 25 years until it was eventually sold to Lawyers Title Company of Richmond. In his later years, he worked at Niles, Barton and Wilmer and was active in several privately held companies. He was a deeply religious man, devoted Catholic and enjoyed attending daily Mass where he was a communicant of St. Luke Catholic Church. Prior to moving to Ocean City, he and his wife had lived in The Neck District area of Cambridge for a number of years. While residing in Cambridge, he was a communicant of St. Mary, Refuge of Sinners Catholic Church. John was an avid sports fan, enjoyed life on the water and loved animals. John never met a stranger and will be missed by all who knew him. He especially enjoyed spending time with his family and extended family, which included 3 children, 9 grandchildren and 20 nieces and nephews.

Surviving in addition to his wife, are two sons John Neubauer and wife Beth of Monkton, MD, Tom Neubauer and wife Amy of Glen Arm, MD; a daughter Amy Townsend and husband Rich of Monkton, MD; a sister Elaine Porter and husband Harry of Timonium, MD; former wife Betty Neubauer of Towson, MD; grandchildren Jennifer, Lindsay, Kristin, Michael, Courtney, T.J., Nick, Will and Ben. He was predeceased by his parents and a sister, Margaret Neubauer.

The family will receive friends Sunday, November 7th, from 2-4 and 6-8 at Curran-Bromwell Funeral Home, P.A., 308 High St., Cambridge, MD. A Mass of Christian Burial will be held at 11 a.m. on Monday, November 8th, at St. Luke Catholic Church, 100th St. and Coastal Highway, Ocean City, MD, where the family will also receive friends one hour prior in the church. Celebrant will be The Rev. Richard Smith and Concelebrated by The Rev. Anthony Greco. Interment will follow at Greenlawn Cemetery, Cambridge, Maryland.

In lieu of flowers, memorial offerings may be made in John’s memory to St. Luke Catholic Church, 14401 Sinepuxent Avenue, Ocean City, Maryland, 21842.

To order memorial trees or send flowers to the family in memory of John Neubauer, Jr, please visit our flower store.