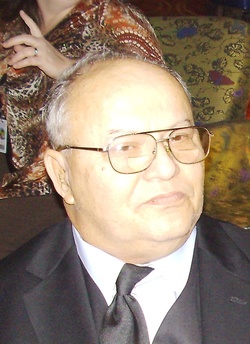 
John William Paul, Sr., 67, of Woolford, MD passed away August, 20, 2012 at his home.
Born on August 25, 1945, he was a son of the late Elmer B. Paul of Cambridge and Imogene B. Paul of Easton.
John attended local schools and upon graduation he enlisted in the U.S. Navy. While serving his country from 1963 to 1966 he was deployed on the PTO boats during the Vietnam conflict.
After leaving the Navy he returned home and married the former Paula Jean Wilkins of St. Michaels, MD and the couple resided in Woolford.
After working at the Vienna Power Plant for a number of years, John moved the family to Massillon, Ohio. He attended the Massillion Baptist College and graduated with a Bachelor of Divinity degree.
John returned to Maryland and started a church in Berlin. He attended Grace Baptist Church in Hurlock, MD.
John had worked at Western Publishing Company as a mechanic. Later he was employed with the Blackwater Refuge for over 10 years. He also drove a truck for Expedite Company which required him to travel a lot from state to state.
He started his own business, Quality Built Sheds to spend time with his sons. They built many sheds and garages for customers in the area. He loved teaching his sons to work hard and the trade.
After his retirement John enjoyed going fishing, working on lawn mowers and loved to cut grass.
Surviving are his sons Timothy A. Paul of Cambridge and Joey Paul and his wife Teresa of Hurlock; cousin Betty Baker and a nephew William Greenhawk.
Preceding him in death besides his parents is a brother Elmer Billy Paul, Jr.
A graveside funeral service will be held Wednesday, August 28, 2013 beginning 1 p.m. at the Eastern Shore Veterans Cemetery Chapel, Hurlock with military honors.
Arrangements entrusted to the Newcomb and Collins Funeral Home, P.A.
To send online condolences to the family please visit www.newcombcollins.com

To order memorial trees or send flowers to the family in memory of John Paul, Sr, please visit our flower store.
Send a Sympathy Card