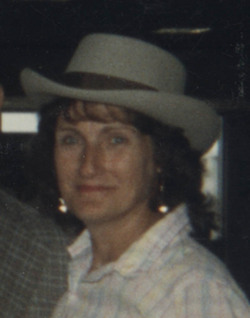 
Juanita Mae Schuyler, age 68, of Griffiths Neck, Cambridge, MD, died at her home on Christmas morning, December 25, 2009 with her family by her side.

Born on September 17, 1941 in Dorchester County, MD, she was the daughter of the late Norman Edward Greenhawk and Aileen Smith Jackson Greenhawk.

Juanita was a graduate of North Dorchester High School, Class of 1959.

Following graduation, Juanita followed her mother's footsteps to pursue a career in nursing. She worked with her mother at the Eastern Shore State Hospital, private home care and joined her parents working at Glasgow Nursing Home. Juanita was the dietary manager at the nursing home and was also a licensed practical nurse. She retired from Glasgow Nursing Home after over twenty years of faithful, dedicated and rewarding service.

Even though Juanita had a busy nursing career, she always made time to care for her family and pets. She loved and respected nature. Juanita worked alongside her husband on the water and with her husband and son farming.

Juanita was an accomplished singer and had been an avid horseback rider. She enjoyed gardening and baking, but more specifically making wedding and birthday cakes. Juanita was an animal lover. She was a mid wife and surrogate mother to the various animals on her farm.

Surviving is her husband of 46 years, Nate Schuyler of Cambridge, MD; a daughter Aileen Elisa Schuyler, who has also been her mother's caregiver for the past three years, of Cambridge, MD; a son Norman Lemuel Schuyler and his wife Felisha of Linkwood, MD; a brother Howard Greenhawk of TN; three grandsons Norman Schuyler, Jr., Matthew Coffey and Nathan Schuyler; a favorite niece who was also a caregiver Lisa Pruitt of Hebron, MD; remaining nieces and nephews; several great-nieces and great-nephews; cousins; and her beloved pet dog, Sassy.

Preceding her in death besides her parents was a daughter Robin Lynn Greenhawk; two brothers Tommy Greenhawk and Jack Greenhawk; and many of her beloved pets.

Funeral services will be held at 1:00 p.m. on Wednesday, December 30th at Curran-Bromwell Funeral Home, P.A., Cambridge, where the family will receive friends one hour prior to the service. Officiating at the service will be family friend, Pastor Francis Bryant, pastor of Family Tabernacle of Faith. Burial will follow at Dorchester Memorial Park, Cambridge, MD.

The family suggests that expressions of sympathy be made be either sending flowers or making memorial offerings in Mrs. Schuyler's memory to Coastal Hospice, PO Box 1733, Salisbury, MD, 21802-1733.

To order memorial trees or send flowers to the family in memory of Juanita Schuyler, please visit our flower store.