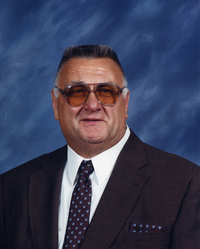 Born on May 26, 1940 in Dorchester County, Maryland, he was the son of Logan W. Parks of Woolford, MD and the late Doris Ruark Parks.

He was a graduate of South Dorchester High School, Class of 1958.

Lannie was a U.S. Army veteran during the Vietnam War having served from September 25, 1961 to September 22, 1967. He was a military policeman and was honorably discharged with the rank of Staff Sergeant after being disabled from active service. He was awarded the National Defense Service Medal, the Vietnam Service Medal and the Good Conduct Medal.

During his working career he had worked for the Dorchester County Sheriff Department, Cambridge Scientific but mostly for Colbourne Seafood in Secretary, MD, as a wholesale seafood distributor and truck driver.

His greatest joys in life was being with his family and playing on the water. His hobbies were boating, fishing and jet skiing.

The final wishes of Lannie’s were to please omit sending flowers, yet consider making memorial offerings in his memory to Coastal Hospice at the Lake, PO Box 1733, Salisbury, MD 21802-1733 or to the Sandy Hill Relay for Life Team, c/o Ms. Nancy Phillips, 1503 Glasgow St., Cambridge, MD 21613.


To order memorial trees or send flowers to the family in memory of LANNIE PARKS, please visit our flower store.