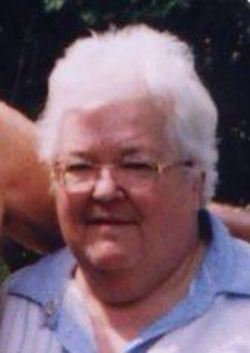 L. Elizabeth “Betsy” Willey, 71, of Cambridge, MD passed away on Sunday, September 8, 2013 at the Chesapeake Woods Center, Cambridge.
Born September 24, 1941 in Church Creek, she was the daughter of the late Lena R. Willey and Robert W. Willey, Sr.
Betsy attended the local schools and graduated from Cambridge High School with the Class of 59.
On April 2, 1961, Betsy married her sweetheart Morris “Johnny” Willey. Together they enjoyed nearly 52 years of marriage. Betsy and Johnny did everything together, they were inseparable. The loss of her husband in March of this year took a heavy toll on her health.
Family was of most importance in Betsy’s life. She was a devoted wife to Johnny, a loving mother to her three children, mom to her son in law and daughter in law and a wonderful grandmother to her grandkids.
Surviving are three children Robert and wife Jane of Vienna, John of Cambridge and Lori Bell and husband Mike of Mardela Springs; grandchildren Ashley Willey and Matthew Bell; brothers Levin Willey(Diane) and Eldridge Willey(Faye); a sister in law and best friend Brenda Willey Fritz and a number of nieces, nephews and cousins. Also cherishing her memory is Mark A. Jester Jr. who was like a son to her.
Preceding her in death besides her parents and husband is a brother Robert W. Willey, Jr. and a special cousin M. Carolyn Willey who was like a sister to her.
A visitation with family will be held on Thursday, September 12, 2013 from 6 till 8 p.m. at the Newcomb and Collins Funeral Home, P.A., Cambridge.
In lieu of flowers donations in the memory of Betsy can be made to the Newcomb and Collins Funeral Home, P.A., 308 High St., Cambridge, MD 21613 to assist the family with funeral expenses.

To order memorial trees or send flowers to the family in memory of Lena Willey, please visit our flower store.