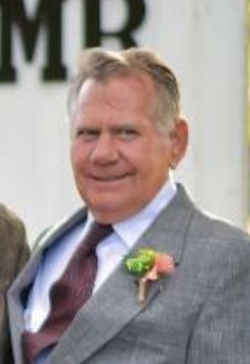 
Leroy Albert Travis, 69, of Cambridge, Maryland passed away at his home with his family by his side.
Born on December 17, 1947 in Crisfield, Maryland, he was a son of Lula Travers Travis and the late Samuel Travis.
On June 1, 1968 Leroy married the former Sandy Abbott in a ceremony at St. Paul's United Methodist Church in Cambridge.
In 1969 Leroy joined the U.S. Army and was honorably discharged in 1974 as a SP5. He received the National Defense Service Medal and Sharpshooter M-14.
Leroy was employed as an electrician at various companies in the local area. His hobbies included carving decoys, fishing, crabbing and hunting with his family and friends. He was an avid outdoorsman and just enjoyed life. Spending time with his grandchildren and great grandchildren was the highlight in his life.
Surviving him besides his wife Sandy, is his mother Lula Travis; a son Martin Travis and his fiancé Angie Carrier; grandchildren Corey Travis and wife Megan, Jessica Travis; great grandchildren Emma and Conner Travis, Leila Parks, Rowen and Xander Cox.; brothers Robert and Buddy Travis.; sisters Salli Travis, Betty Pusey, Racheal Wilcox and many nieces and nephews.
Preceding him in death besides his father Samuel Travis were two brothers Richard and Ralph Travis.
Private burial will be held at the Eastern Shore Veterans Cemetery at a later date.
Memorial contributions in Leroy's name can be sent to Coastal Hospice Foundation, P.O. Box 1733, Salisbury, MD 21802.
Arrangements entrusted to Newcomb and Collins Funeral Home, P.A., Cambridge.
To share online condolences with the family, please visit Newcomb and Collins Funeral Home, P.A.

To order memorial trees or send flowers to the family in memory of Leroy Travis, please visit our flower store.