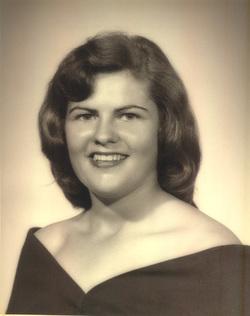 
Lessie Rippons Coulbourne, 73, of Hoopersville passed away early Wednesday morning, December 9, 2015 at UMSMC at Dorchester with her daughter and sister Barbara by her side.
Born September 7, 1942 in Baltimore County, she was a daughter of the late Mattie Ruark Rippons and Benjamin Eugene Rippons. She attended the local schools on Hoopers Island and graduated from South Dorchester High School.
On April 22, 1961 she married Jerome “Jerry” Chrisfield Coulbourne. Their life together was cut short upon his sudden passing on June 19, 1986 at the age of 48.
Lessie was so proud that in her earlier years she had worked side by side with her father Eugene on his boat the “Lessie II" which was named after her. Memories of those days were often shared with the watermen of the area. Besides being a wonderful housewife, Lessie was a crab picker for most of her life. She had worked at the picking factories on the Island such as Rippons Brothers, G.W. Hall and Charles H. Parks Seafood. A very patriotic lady, Lessie most often dressed in her favorite colors – red, white and blue. Her love of lighthouses was known by all, from the replicas in her yard to the miniature versions that occupied every nook in her house. Lessie enjoyed socializing while playing Bingo but her greatest joy was her family and her beloved dog Lucky.. She was a member of Hoopers United Methodist Church and the Hoopers Island Volunteer Fire Company.
Surviving is her daughter Christine Lee Coulbourne Windsor and her husband Jim of Madison; sister Marie Ashton and her husband Raymond , sister Barbara Phillips; grandchildren Jason Arthur Windsor and his companion Stacey Marshall, Jacob Alexander Coulbourne-Windsor; her greatly anticipated great-grandchild Annabelle Lee along with several nieces and nephews.
A funeral service will be held Monday, December 14, 2015 beginning 1:00 p.m. at Newcomb and Collins Funeral Home P.A, Cambridge, MD. Officiating the service will be Rev. Doug Ridley. The family will receive friends the hour prior to the service.
Interment will follow at Dorchester Memorial Park.
Serving as pallbearers will be Jim Windsor, Jason Windsor, Jacob Coulbourne-Windsor, Bryan Hall, Buddy Lewis and Clarence Ruark.
Along with flowers the family requests any monetary donations be made to Newcomb and Collins Funeral Home, 308 High Street, Cambridge, MD to assist with expenses.
To share memories and send online condolences please visit www.newcombcollins.com

To order memorial trees or send flowers to the family in memory of Lessie Coulbourne, please visit our flower store.
Send a Sympathy Card