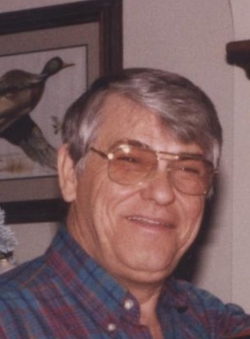 Lewis Hedrick Sawyer was born on November 27, 1945, in Wytheville, Virginia to Alan Andrew and Anna Mae Stroupe Sawyer. Lewis is the third of six children: James Alan Sawyer, Larry Autry Sawyer, Sandra Lavonne Sawyer (wife of Kenneth Barwick, Jr.), Roger Lee Sawyer, and Lonnie Owen Sawyer. The family moved to Cambridge in 1954 and has been living here since.
In his lifetime he has worked as a carpenter, brick and block mason, plumber, and contractor. He has had many accidents and injuries throughout his life, also too numerous to recount, but somehow managed to survive them all.
In 1993 he was injured on the job while working at Memorial Hospital at Easton, and after two surgeries to his cervical spine followed one month later by a lung tumor removal, was put on permanent disability. His final lung illness worsened in February 2015, and after five hospitalizations, finally succumbed on Tuesday afternoon, June 23, 2015 at the age of 69.
Lewis is survived by his wife of 21 years, Rachel (Fluharty) Sawyer; his daughter Lori Ann (Sawyer) Peters (wife of Jeffrey Peters) of Pensacola, Florida. 3 grandchildren: Lauren Peters (Jenkins), Kimberly Peters (Hancock), and Scott Peters, and 2 great-grandchildren: Xaviar Hancock, and Morgan Jenkins. He also leaves behind a step-daughter, Maria Meyers (Stanton), two step-grandchildren: Alex Meyers and Adam Stanton; and one step-great-grandchild: Aidan Cole Meyers.
He is also survived by many beloved nephews, nieces, great-nephews and great-nieces, and cousins too numerous to count.
A viewing will be held on Sunday, June 28, 2015, beginning 4:00 pm at the Cambridge Branch of the Church of Jesus Christ of Latter-day Saints, at 3030 Center Drive, Cambridge, MD. The funeral will follow at 5:00 pm which will be officiated by Presidents Ed McNeal and James Dayton, Jr.
There will be a light supper/refreshments to follow in the Church Fellowship Hall.
The interment will be held the following day on Monday, June 29, 2015, beginning 3:00 pm at Landing Neck Cemetery in Trappe, MD. Anyone wishing to attend is welcome and should meet at 2:00 pm on Monday at the Newcomb & Collins Funeral Home, at 308 High Street, Cambridge, MD.
Pallbearers will be Jeffrey Peters, Alex Meyers, Adam Stanton, Christopher Sawyer, Jeffrey Sawyer, Jason Sawyer, Scott Sawyer, and Harvey Waller.
Family requests donations in lieu of flowers be made in the memory of Lewis Sawyer, to Newcomb & Collins Funeral Home, at 308 High Street, Cambridge, MD, to help defray funeral costs.
To share memories and online condolences visit www.newcombcollins.com

To order memorial trees or send flowers to the family in memory of Lewis Sawyer, please visit our flower store.