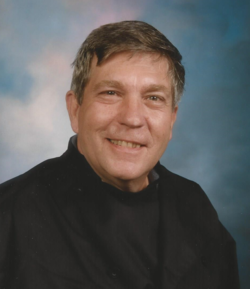 
Maurice Morris Miller, Jr., 74, of Easton, Maryland died Friday, May 15, 2015 at UMS Medical Center at Easton after a prolonged illness. Maurice was surrounded by his family at the time of his passing.
Born July 16, 1940 in Wilmington, DE, Maurice was the son of Maurice and Wanda Pearl Miller. Maurice was an only child.
Maurice began his career when he was accepted into the Baltimore City Police Department in 1961. He spent a year with them before he transferred to the Howard County Police Department in Ellicott City, MD. Maurice had a long and distinguished career at Howard County, advancing quickly through the ranks to Lieutenant. Maurice worked in a variety of capacities from patrol officer to administrative services. He was extremely proactive and initiated several programs for the department, including the Traffic Unit and the Community Resource Officer Program. Maurice was well-known to the community, as well, having been featured in numerous articles and receiving various awards and accolades. Several of those articles featured some of his own recipes as personal features, which would later become the foundation for his second career. He remained at Howard County until his retirement in 1991, after 31 years of dedicated service to the community.
Shortly after retiring from Howard County Police, Maurice started a small food service business with his wife Caroline out of Saints Peter and Paul School in Easton, MD. Maurice’s love of culinary arts would manifest itself into one of the most successful programs the school had seen. Maurice was not only well-regarded for the food he provided to the students, but also for his caring and compassion. He was viewed as a second father to many of the students. Maurice and Caroline continued the food service for the next 21 years until his health began to fail.
From his youth in a popular dance show in Wilmington, DE to late adulthood turning a hobby into a second career, Maurice embraced life to its fullest. He was ambitious and passionate in everything he did, especially when it came to his family. He was by his mother’s side when she passed away and cared for his grandmother until the time of her passing. His wife and children were the most important things in his life and he cared for them with a limitless unconditional love.
Maurice is survived by his loving wife of 38 years, Caroline; their daughter Wendy and her husband Joseph; Maurice’s son Mark and his wife Laura; and Maurice’s four grandchildren: Samantha, Brooke, Branden and Genevieve.
Funeral Mass will be held Wednesday, May 27, 2015 at 10:30 am at Saints Peter and Paul Roman Catholic Church in Easton, MD. A private interment will follow.
In lieu of flowers, the Miller Family is asking donations be made through gofundme.com/MMM Memorial to benefit The Autism Research Institute in memory of Maurice.
Arrangements entrusted to Newcomb and Collins Funeral Home, P.A., Cambridge, MD
To send online condolences visit www.newcombcollins.com

To order memorial trees or send flowers to the family in memory of Maurice Miller, Jr, please visit our flower store.
Send a Sympathy Card